Image: GALLO IMAGES/PAPI MORAKE An exposé by Tax Justice SA into the illicit cigarette industry in the country has been lambasted by the Fair-Trade Independent Tobacco Association (Fita).

The Fair-Trade Independent Tobacco Association (Fita) says an investigation into the illicit sale of tobacco in SA by Tax Justice SA (TJSA) is blowing smoke up the noses of the public.

On Tuesday, eNCA's Crime Watch aired a exposé by TJSA, which blew the lid on the illicit cigarette trade in SA, revealing how the sale of branded cigarettes — a trade that costs South Africans billions of rand a year in unpaid tax — has become a brazen operation in the wake of the Covid-19 pandemic.

The investigation — titled Smoking Gun: Exposing the Widespread Sale of Illicit Cigarette Brands in Mainstream Outlets — saw undercover members visit 43 mainstream retail and wholesale outlets across Cape Town, Johannesburg, Pretoria and Durban to secretly film cigarettes being sold at a price below the minimum tax that must be paid by law. 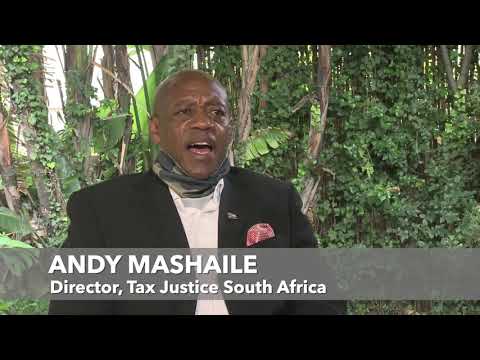 In a summary of the research, TJSA said that it considered all cigarettes sold at R25 a pack or less to be illicit, since such a price cannot possibly cover the cost of manufacture and distribution on top of the Minimum Collectible Tax (MCT) of R20.01 due on each pack (R17.40 excise plus R2.61 VAT).

“Our research shows that these illicit brands being sold at a price below the tax that should have been paid on them can be traced to a small number of manufacturers. Between them, Gold Leaf Tobacco Corporation (GLTC) and members of the Fair-Trade Independent Tobacco Association (Fita) accounted for the vast majority of the brands being sold to our researchers and thus supplied to the market at below MCT,” an excerpt of the findings read.

Fita, however, slammed the investigation, labelling the findings as “concocted” and saying they “must be rejected with contempt”.

In a statement on Wednesday, the organisation said the investigation bore no legitimacy.

“In any event we note that the overwhelming majority of the cigarette brands mentioned in the 'investigation' do not belong to current Fita members and we therefore suggest that any queries incidental thereto be directed at the correct parties,” the organisation said.

It said between them, GLTC and members of Fita accounted for two thirds (23).

Fita said the investigation clearly formed part of a new campaign by “Big Tobacco” (a name used to refer to the largest global tobacco industry companies) to try to maintain a hold on its shrinking market share after the failure of the #TakeBackTheTax campaign.

It questioned TJSA and its founder, Yusuf Abramjee, alleging he had aligned himself with multinational tobacco giants.

“Until groups like Tax Justice SA play open cards and disclose who their funders are, their independence will continue to be questioned. This in particular when their founder, Yusuf Abramjee, has for years aligned himself with multinational cigarette manufacturers, even spearheading the aforementioned discredited campaign on their behalf. The same Abramjee also happens to be a host of the television show which purports to have conducted an independent investigation into the illicit trade in cigarettes.”

In a statement to TimesLIVE, Abramjee said Fita's response was “a classic deflection tactic” used to avoid having to explain why they and their members were caught red-handed.

“Their chairman, Sinenhlanhla Mnguni, was given a right of reply, which was broadcast on the eNCA show. In it, he promised to investigate the evidence and we await the results of that investigation,” Abramjee said.

"THE SA Tobacco Transformation Alliance has called for urgent action from authorities in the wake of @eNCA 's damning report on the illicit cigarette trade" #GrowLocal #TransformTobacco pic.twitter.com/st21C90hv6

Abramjee said Mnguni should be investigating how his members' products could possibly be selling at these blatantly criminal prices and robbing our nation of vital funds.

“Instead he points fingers at other producers and indulges in unsubstantiated and libellous attacks on my integrity. I have a long history of independent crime-fighting activism and I will focus on that.”

The investigation garnered the support of the SA Tobacco Alliance which called on law-enforcement agencies — including revenue service Sars — to support stronger enforcement of trading laws.

In 2018, it was estimated that the National Treasury was losing more than R7bn every year in uncollected excise tax revenue because of the illicit cigarette market.