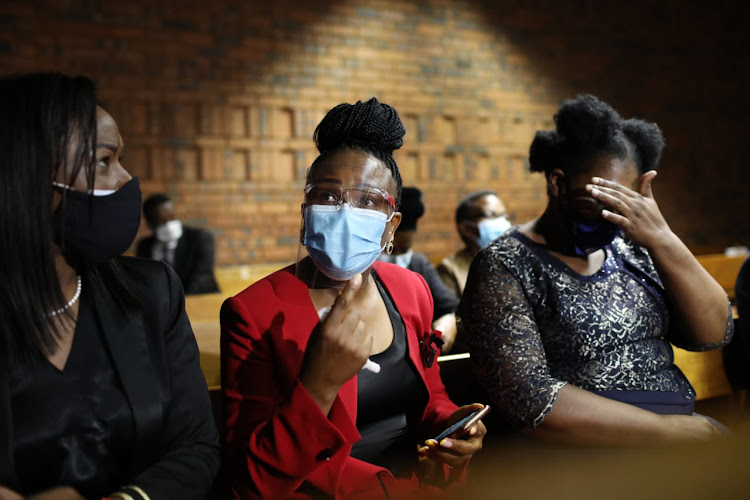 Public protector Busisiwe Mkhwebane is pictured before court proceedings on January 21 2021, at the Pretoria regional court, where she made a first appearance in connection with charges of perjury.
Image: Alaister Russell/The Sunday Times

Public protector Busisiwe Mkhwebane on Thursday stepped into the dock of the Pretoria regional court.

Dressed in a red suit, she seemed oblivious to the media contingent about her and casually engaged in conversation with her lawyer, Dali Mpofu.

The case was swiftly postponed to March 25.

The National Prosecuting Authority (NPA) asked for the postponement for “the management and resolution of pretrial issues”.

Mkhwebane faces three counts of perjury after the NPA accused her of lying to the court - in the review application of her Absa-Bankorp report - about her meetings with former president Jacob Zuma.

National Assembly speaker Thandi Modise granted public protector Busisiwe Mkhwebane's sabbatical leave on the condition she will avail herself to the ...
Politics
10 months ago

The NPA says Mkhwebane intentionally and unlawfully lied in her affidavit to the North Gauteng High Court when she:

The case follows the findings of the Constitutional Court in her case against the SA Reserve Bank where she argued for personal costs estimated to be R900,000. 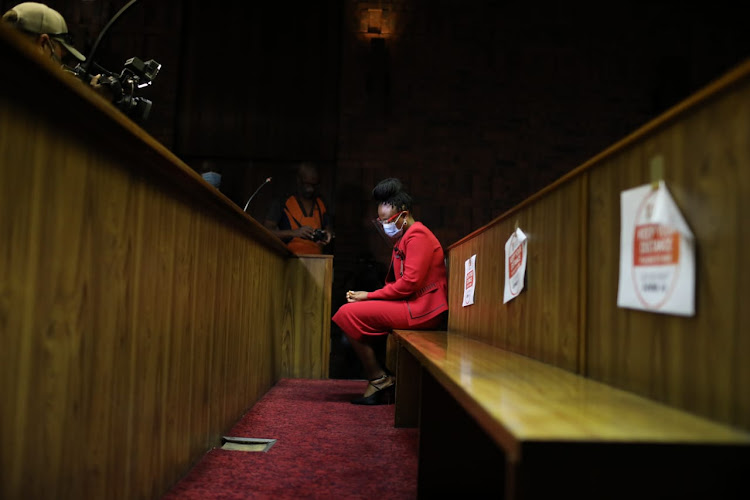 The ConCourt found that Mkhwebane had “put forward a number of falsehoods” in her 2017 Absa-Bankorp report, which found that Absa must repay R1.1bn to the SA Reserve Bank for the “lifeboat” lending agreement between SA Reserve Bank and the then Bankorp that was taken over by Absa.

Head of Accountability Now, Paul Hoffman, in 2019 laid criminal charges against Mkhwebane against the backdrop of the ConCourt judgment, which also found that Mkhwebane may have been biased in her investigation and did not understand her constitutional duty to be impartial.

NPA spokesperson Sipho Ngwema said the prosecuting authority was finished its investigations and that the state was ready for trial.

Mkhwebane’s appearance in court comes just days after being granted an 11-week sabbatical “to get some rest”.

She was granted the sabbatical by the speaker of parliament, Thandi Modise, on condition that she’ll avail herself for the parliamentary inquiry into her fitness to hold office. The inquiry, brought by the opposition DA, involves a number of investigations, including into the Absa-Reserve Bank matter.

The Constitutional Court’s decision on whether to order Jacob Zuma to appear at the state capture commission will be its first headline-grabbing role ...
News
10 months ago

The Constitutional Court said on Monday that public protector Busisiwe Mkhwebane's conduct in the Bankorp-Absa bailout matter fell far short of the ...
News
2 years ago