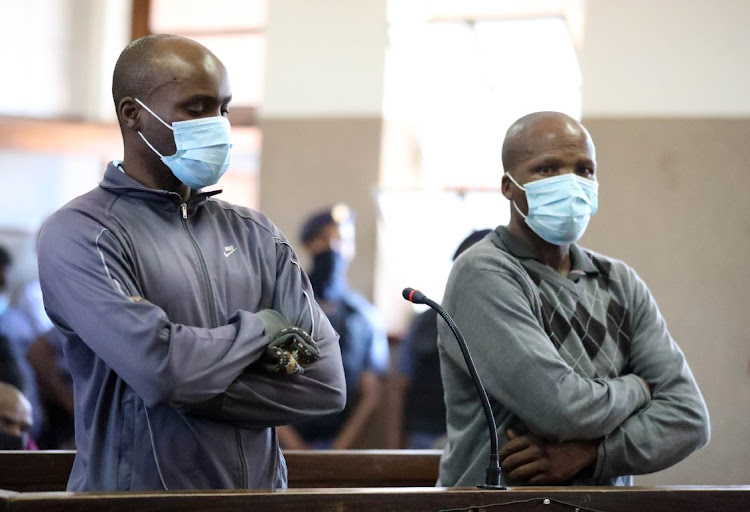 This follows the brief appearance of Sekwetje Mahlamba, 32, and Sekola Matlaletsa, 44, at the Senekal magistrate’s court on Friday.

Horner was murdered in Paul Roux, in the Free State, last year. His body was found tied to a pole on the farm. His killing caused public outrage and unrest in the small town.

Mahlamba was previously denied bail by magistrate Deon van Rooyen. He later brought an application against this decision in the Bloemfontein high court but this was also dismissed.

Matlaletsa was granted bail of R5,000 but was rearrested on separate charges of stock theft, two counts of rape and two counts of kidnapping, said NPA regional spokesperson Phaladi Shuping.

The pair were remanded in custody until their next court appearance on March 30.

WATCH | One of Horner's accused was arrested 'as collateral' claims girlfriend

Two men who are alleged to have killed farm manager Brendin Horner gave an oral submission and pleaded not guilty when appearing in court on Friday ...
News
1 year ago

One of the two men who were arrested in connection with the murder of a farm manager in the Free State has been granted bail.
News
1 year ago

Shut your mouth or you die! New Senekal twist sparks fears for witness