'He did not jump the queue': CEO defends billionaire Johann Rupert getting vaccine in Switzerland 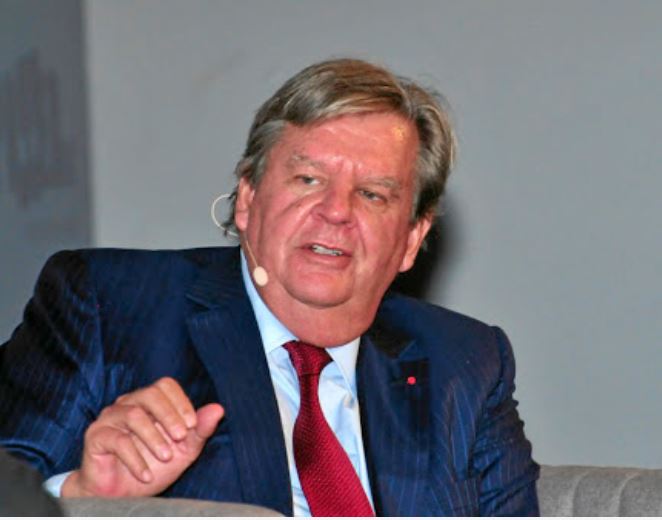 SA billionaire Johann Rupert who became one of the first people in Switzerland to receive the Covid-19 vaccine
Image: John Liebenberg

SA billion Johann Rupert “did not jump any queue” by getting the Covid-19 vaccine in Switzerland.

This is according to Remgro CEO Jannie Durand, via text message on Friday night. Rupert owns Remgro, as part of his extensive business empire.

He was speaking after the Swiss daily national newspaper Tages-Anzeiger reported that Rupert has secured a Covid-19 vaccine after he flew into the European country and jumped the country’s inoculation queue.

The 70-year-old Rupert, according to Tages-Anzeiger, was vaccinated earlier this month. The programme only allows those who are 75 years and older, or who have comorbidities, to be vaccinated.

Switzerland approved the use of the Pfizer-Biontech vaccine in December.

The government will have to consider all options to fund the Covid-19 vaccine, including increasing public borrowing and involving the private sector.
Politics
1 year ago

The newspaper reported that after a failed attempt to receive the vaccine at a clinic in Lucerne, Rupert was inoculated in the Swiss province of Thurgau on January 12.

The vaccine was administered by the Hirslanden Group, which Rupert owns through his business empire. Hirslanden Group, according to Tages-Anzeiger, was awarded the contract in Thurgau to carry out Covid-19 vaccinations.

BusinessLIVE quoted Rupert as saying that his “physician arranged it”.

“They are already on healthy 55-year-olds in Zurich from next Monday. The Richemont executive committee decided in December that the entire leadership would get vaccinated as soon as possible to set an example for the rest of our colleagues — many of whom were worried or scared or doubtful about vaccines,” he said.

Asked for a response to the story, Durand said: “He did not jump any queue. He was part of the trials. Remgro has nothing further to add.”

Tages-Anzeiger quoted the Hirslanden Group as confirming that Rupert had had access to the vaccination.

A spokesperson told the newspaper: “For reasons of transparency in this matter ... Mr Rupert authorised us to confirm his vaccination as part of the test vaccination.”

Hirslanden told Tages-Anzeiger that Rupert has various chronic pre-existing conditions and could therefore be vaccinated.

The company reportedly said that there were no official requirements for the test vaccinations.

The Thurgau health director, Urs Martin, told Tages-Anzeiger that Hirslanden had permission to inoculate “test subjects of their choice” before the official start on January 12.

According to the newspaper, Hirslanden operates 17 clinics in Switzerland and is a subsidiary of SA Mediclinic International, which is controlled by Rupert’s company Remgro.

Rupert reportedly said: “It is important to me to set an example for all employees in my company. My message is: only through vaccination will we manage to get out of this crisis.”

A big fire has broken out at a plant being built for the Serum Institute of India (SII), the world's biggest vaccine maker, but it will not affect ...
News
1 year ago

A dose of facts: your questions about the Covid vaccine answered

After months of research and a year of waiting, the reality of a COVID-19 vaccine has finally dawned
Lifestyle
1 year ago

SA will pay $5.25 per dose for Covid-19 vaccines from the Serum Institute of India (SII) — well above what others, including developed nations, are ...
News
1 year ago