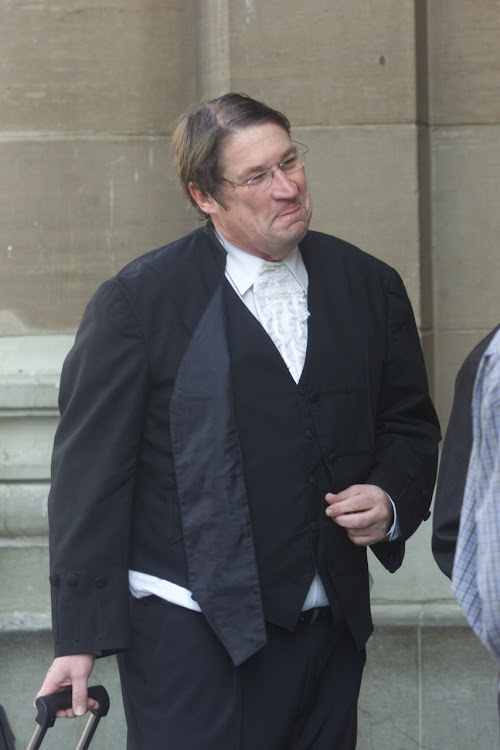 Kemp, who was arguably best known for defending former president Jacob Zuma during his 2006 rape trial, passed away on Tuesday night.

Kemp’s death was confirmed by Barry Skinner, chairman of the society of advocates in KwaZulu-Natal.

A close friend, who did not wish to be named, said Kemp had been admitted to hospital after battling Covid-19 symptoms a few weeks ago.

He was discharged and had been staying with a friend but recently moved back to his Ballito apartment.

When he didn’t answer his phone, the alarm was raised and he was found dead in his bed.

The legal fraternity is mourning his death.

In posts on social media, Kemp was described as “eccentric” with a brilliant legal mind.

“He was a legal legend who would come to chambers at 3am in his pyjamas,” said one person who posted.

Another post read: “Kemp was a true renaissance man — brilliant mind, sportsman of note, genuinely humble and kind and he knew how to have fun too.”

Admitted to the bar in 1986 and taking silk in 1997, Kemp also represented Zuma during the prolonged battle over corruption charges, the trial for which is yet to get properly underway.

It was Kemp who in 2007 first likened his litigation strategy in Zuma’s defence to Stalingrad, reportedly telling the KwaZulu-Natal High Court it was like “burning house to burning house”.

He leaves behind two adult children.

Innocence on his mind

THEY call him Unkempt Kemp. And if the epithet has reached his ears it doesn't seem to have bothered him: ANC deputy president Jacob Zuma's lawyer, ...
Lifestyle
15 years ago

Tlhabi says Khwezi book is about reflection on power relations

Author Redi Tlhabi said she wrote her account of the life of President Jacob Zuma’s rape accuser Fezekile Kuzwayo because the country needed to start ...
Politics
4 years ago

It was only in death that Fezekile Kuzwayo was revealed as the young woman with the courage to accuse Jacob Zuma of rape. Under the assumed name of ...
Opinion & Analysis
4 years ago