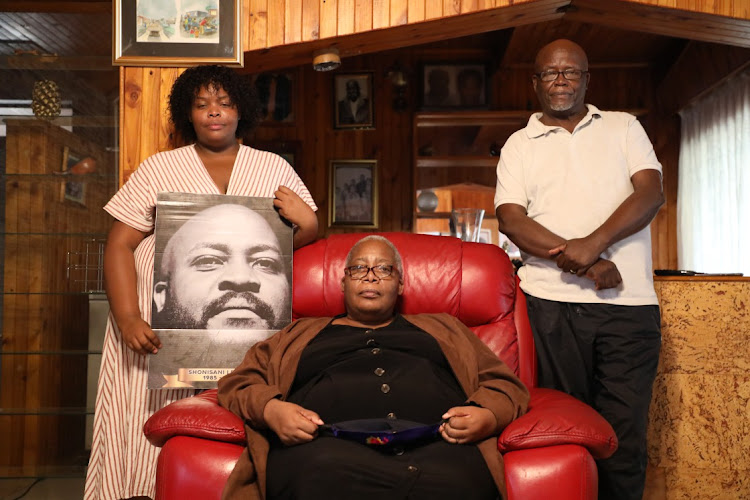 The family of Shonisani Lethole who died at Tembisa Tertiary Hospital on June 29 2020. His sister Dakalo, left, mother Patricia and father Albert Lethole. The South African Medical Assocation said the findings by the health ombud on Lethole's death must lead to meaningful change in SA health care.
Image: Thulani Mbele

Findings by health ombudsman Prof Malegapuru Makgoba about the conditions which led to the death of Covid-19 patient Shonisani Lethole point to a massive failure in the health care system in the country.

This is the view of the South African Medical Association (Sama), which says it will seek an urgent meeting with health minister Dr Zweli Mkhize and other role players to discuss much-needed reform of health care.

The association said Makgoba’s report detailed how Lethole, who died at the hospital on June 29 last year, had not been fed for more than 100 hours while at Tembisa Hospital.

Lethole tweeted to Mkhize about his situation before he died, leading to the investigation and subsequent report by the health ombud.

In his report, Makgoba said Tembisa Hospital should never have been designated a Covid-19 hospital, and that disciplinary action must be taken against those who he said misled the then MEC for Health, Dr Bandile Masuku, about its readiness and the general state of the facility.

Sama chairperson Dr Angelique Coetzee said the situation in Tembisa was, sadly, a situation repeated in many other hospitals throughout the country. She said management of Tembisa hospital should be held to account.

Coetzee said the staff-to-patient ratio at the hospital should be investigated.

She said adequate support to doctors and nurses should be given to ensure that they are able to perform their duties.

“We cannot continually be looking at these types of incidents as being isolated. We have reported many times about similar conditions elsewhere and about the need for urgent intervention.

“Unless this intervention occurs, and rapidly, we fear another case such as this will occur,” Coetzee said.

She said while Lethole was able to use Twitter to alert authorities to his plight, many others do not have access to this technology and will be suffering in silence.

“Prof Makgoba’s report must serve as a catalyst for reform for the benefit of all citizens; the findings and recommendations must be the basis for meaningful change.

“Without that reform happening, and without appropriate action taken against those who deemed Tembisa Hospital fit to serve as a Covid-19 facility, and those who failed in their professional duties, Mr Lethole’s death will, regrettably, become nothing more than a statistic,” Coetzee said.

Social media reacted strongly to the release of the health ombud's report on the death of Lethole in Tembisa Hospital last year.
News
1 year ago

Death of patient: Shonisani Lethole was not offered food for more than 100 hours in hospital

Action must be taken against 19 Tembisa Hospital staff for the patient's death in June last year, the health ombud said on Wednesday.
News
1 year ago