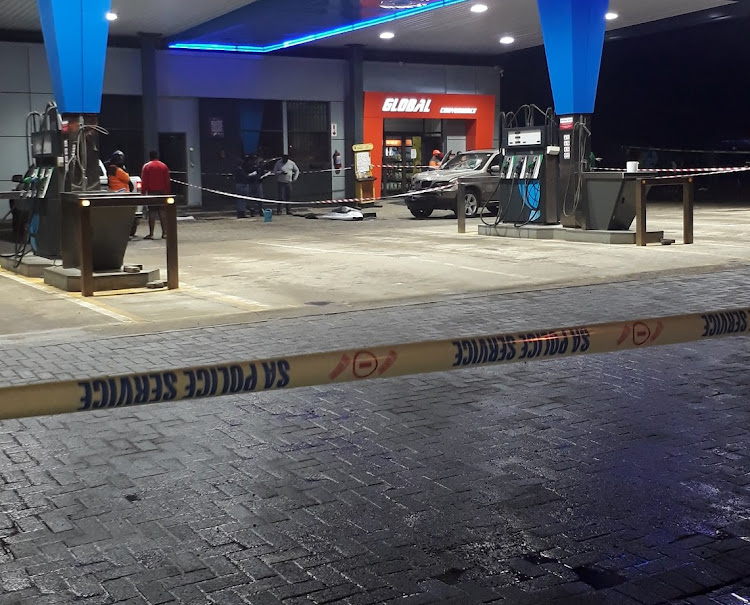 Gauteng police said the incident happened at a petrol station in Sharpeville at 7pm on Tuesday.
Image: Membrane via Twitter

A gunman shot several people before he turned the gun on himself at a petrol station in the Vaal Triangle on Tuesday evening, Gauteng police said.

In a video shared on social media, the man can be seen getting out of a BMW X5 which had visible crash damage in the front.

The unidentified man gets out of the vehicle carrying a firearm pointed at his head. He then shoots himself dead while several people watch.

Gauteng police spokesperson Capt Kay Makhubele said the incident happened at a petrol station in Sharpeville at 7pm on Tuesday.

According to Makhubele, the man shot several people in Vanderbijlpark before killing himself. He said it was still unclear how many people were shot, but said all wounded victims were taken to hospital.

The gunman allegedly shot and wounded several people at a fast food outlet at Frikkie Meyer Boulevard in Vanderbijlpark, according to preliminary information.

Herbst said a third man, believed to be in his 50s, was run over by the gunman and sustained moderate injuries.

All three were transported to a hospital in Emfuleni.

Around 30 minutes later, in Siemens Street and about 5km from the fast food outlet scene, the gunman allegedly shot a man believed to be in his 60s in the head, Herbst said. The man was rushed to Sebokeng Hospital.

The motive for the shootings was unknown, Makhubele said.

“Police are currently trying to establish who this person was.”

“This is alarming. It’s a totally new tactic, and is driven by the improved security to cash vans,” criminologist Dr Hennie Lochner told TimesLIVE.
News
4 months ago

Six men gunned down in Khayelitsha, triple murder in Ravensmead

A manhunt is under way for three gunmen who brazenly shot seven men in a Khayelitsha shack on Saturday night. Five died on the scene, with a sixth ...
News
4 months ago