Attempt to have HHP's customary marriage revoked goes to ConCourt 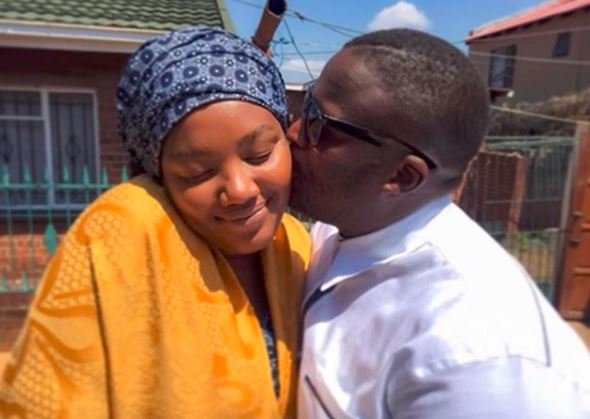 Robert Tsambo, the father of the late hip-hop star Jabulani “HHP” Tsambo, asked the Constitutional Court to rule that the marriage between his son and Lerato Sengadi was not concluded, as a handing-over ceremony was not performed.

Before his death two weeks ago, Tsambo snr approached the apex court in a last-ditch attempt to have the marriage between HHP and Sengadi declared invalid.

The Supreme Court of Appeal (SCA) and the high court confirmed that a marriage had taken place between the two, as Sengadi was welcomed to the Tsambo family after lobola negotiations.

In his appeal to the ConCourt, HHP's father argued that the marriage was not valid as there was no handover of the bride.

“Without the handing-over of the bride, no valid marriage will come into existence because it is crucial that handing-over be performed,” Tsambo argued in his court papers.

Lerato Sengadi is left heartbroken by the death of her mother.
TshisaLIVE
8 months ago

To support his argument, Tsambo’s lawyers cited an SCA judgment in the case of Elizabeth Southon and former Liberty Life director Mohau Moropane. In this matter, the court found that the handing-over of the bride was the most “crucial” part of a customary marriage.

“The case authority referred to above indicate that the handing-over of the bride is an important and crucial part of the marriage that cannot be overlooked, taken lightly or waived, as the high court and the SCA in this case seem to suggest, as well as other courts that decided on this issue,” Tsambo argued.

“As such, one cannot merely dispense with the need for the ancestors to recognise and bless the marriage. Hence, we respectfully submit that the SCA in Moropane v Southon was legally correct to hold that handing over is a crucial requirement for a customary marriage.

The lawyers submitted that the high court and the SCA in Tsambo’s case were both bound by the decision in Moropane against Southon.

“Neither of them concluded that it was wrongly decided or distinguishable. Therefore, we submit that in completely avoiding and disregarding the SCA judgment in Moropane v Southon, both the high court and the SCA in this case erred,” the papers read.

Lerato Sengadi is HHP's customary wife but the star's funeral goes ahead.
TshisaLIVE
2 years ago

There was no attempt by either the high court or the SCA to ascertain whether the Tswana culture still requires the handing-over of the bride, Tsambo’s lawyers argued.

“The high court merely speculated that because customary law is dynamic and flexible and not stagnant, people could waive a requirement for the validity of a customary marriage.

“The high court failed to ascertain the true content of the Tswana ‘living customary law’,” they state.

According to the lawyers, courts have given “inconsistent” judgments regarding what constitutes a valid customary marriage.

“We submit that the uncertainty in interpreting and approaching the validity of customary marriage is perpetuated by different courts from one high court to another.”

They argued that in the event that the apex court found that the handing-over of the bride could be waived, Tsambo and/or HHP never waived the requirement for Sengadi to be handed over.

“Thus, the finding of the SCA and/or the high court that there was such a waiver is simply erroneous and not borne out by any evidence.

“At no stage was the issue of the conclusion of a valid customary between the respondent [Sengadi] and the deceased raised and discussed at that particular meeting.”

* This article was updated to reflect information about the death of Robert Tsambo two weeks ago.

Lerato Sengadi on Supreme Court victory: Jabba would have thanked me for fighting for him

The star's lifeless body was reportedly discovered in his bedroom by his helper.
TshisaLIVE
2 years ago