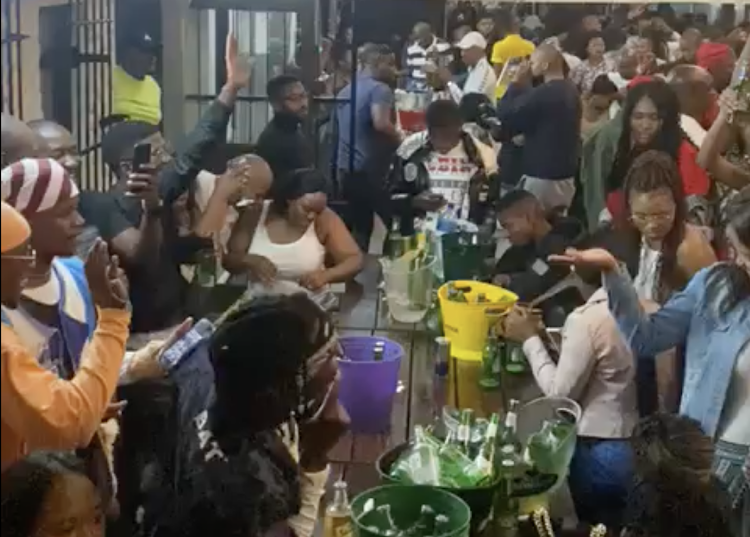 Buffalo City has fined a business after a video allegedly showed a party happening at which revellers showed no regard for the lockdown rules.
Image: SUPPLIED

Managers of an East London establishment have been arrested after a video surfaced showing patrons ignoring lockdown regulations.

DispatchLIVE reported on Monday that Buffalo City metro took action against the establishment.

Metro spokesperson Samkelo Ngwenya said the management had admitted to contravening the regulations and paid a R5,000 fine for exceeding the maximum number of customers allowed on the premises. This was after they were charged and released.

The metro called for licence regulators to take “tougher action against all establishments that break the law as this is in breach of their operating conditions”.

Indoor gatherings may not exceed 50% of the venue capacity and businesses are expected to enforce safety protocols among customers such as sanitising, checking temperatures, wearing masks and social distancing.

Second wave, second mask? SA experts not convinced double is worth the trouble

Lockdown protester locked up after 'shouting and swearing' in court

The man arrested during a weekend protest against the national lockdown will be sent for mental evaluation after swearing and shouting in court on ...
News
8 months ago