Farewell, 'Bhodloza'. Now who takes up the baton?

The death of the veteran broadcaster last month has raised important questions about the future of SA radio, and how to make it work in everyone's interests 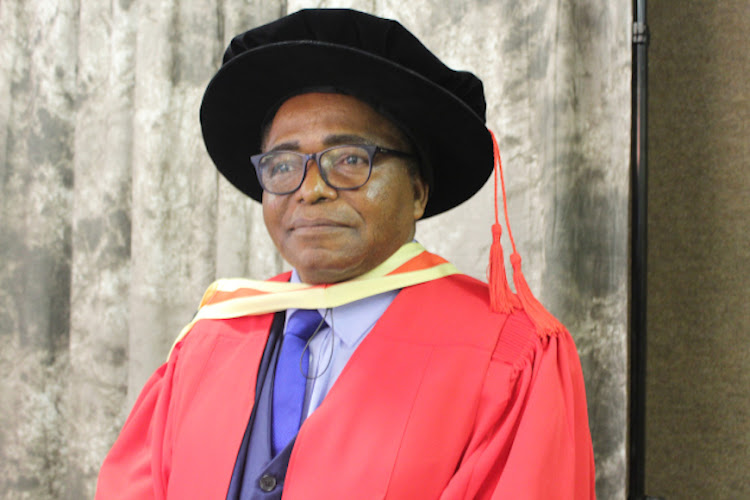 Welcome Nzimande, famously known by his radio name "Bhodloza", was an icon of the SA media industry.
Image: dut.ac.za

Welcome "Bhodloza" Nzimande died in mid-January at the age of 73.

An icon of the SA radio industry, tributes poured in for the veteran broadcaster. One of those tributes, by Gagasi FM staffer Khulekani Shandu, is published below.

Farewell Bhodloza. Now who takes up the baton?

I am on this long phone call with a friend discussing an upcoming project that will celebrate the journey and milestones of an iconic South African music group. The friend then highlights a concern that the passing on of Dr Welcome “Bhodloza” Nzimande presents is a major blow to the project.

My friend went on to argue that Nzimande was one person who could have made a significant contribution to the content of the project. As the pioneer of the promotion of traditional music, Nzimande’s departure means a loss of not only a radio legend, but also the loss of a fountain of knowledge about the history of traditional music in this country, my friend said.

The thought then immediately settles in on my mind: this is indeed end of an era.

Without a doubt, “Ngulub’encane”, as he was affectionately known to his fans during the years both behind the mic and on small screens, belonged to a generation of broadcasters that did not only perfect their craft, but also took ownership of a particular space. It remains an undisputed historical fact that “Bhodloza” pioneered the development and popularity of traditional music in this country.

In the years where broadcasters did not have the luxury of riding on the social media hype to boost their popularity and influence, the generation of Nzimande was able to influence popular culture back in the day through natural talent and their shows. So much was his contribution in society and in building a better South Africa in his own way, that his send-off on Wednesday received the well-deserved Provincial Official Funeral status.

So as we say, "Farewell 'Bhodloza', and thank you for giving it your all", the question remains: who takes up the baton? Are broadcasters today doing justice to the platform?

There's been a debate brewing from time to time that having a celebrity status and huge fan base might not necessarily mean that one is a good broadcaster. Having said that, and perhaps to be fair to today’s radio and television presenters, they are competing with almost everything and everything for audiences. From social media, to Apps, as well as modern-day lifestyle patterns, consumers are spoiled for choice. But, still, there has been an outcry over the quality of the talent pool in the broadcast space today.

To some degree, radio stations have been criticised for going the celebrity route when making line-up changes, instead of grooming fresh radio talent. Then there comes a question: is talent alone enough to survive from a business point of view?

This brings us to another side of the coin - the commercial factors at play, and the extent to which these influence programming decisions.

Let’s be honest, we have seen some personalities whose presenting skills are terrible, but they have delivered on audience numbers and, ultimately, on revenue. If you trace further, you realise that their claim to fame is not radio alone, hence their command in audiences.

Advertisers like them, and prefer them for the execution of their campaigns, and radio stations generate revenue. And that’s the whole point, right?

However, like the generation of Nzimande, are they defining their era? Is there a legacy or its plain popularity of the moment that fades away as soon as they are out of sight?

We have seen few examples in our times. Do not get me wrong, we are operating today in a commercially-driven and fast-changing environment where we must constantly adapt to ensure sustainability. As such, broadcasters have an immediate need to remain relevant to this environment. Granted. But beyond that, how do we live up to the craft of the legends that came before us? How do we inspire the next generation of true broadcasters, and not just celebrities? How do we build the legacy that will live beyond the moment of fame?

I believe the industry can take up this challenge - and, in fact, we've seen it in some cases, even in the current era. We have, for example, seen some radio personalities championing the introduction of local music genres to the market in recent years, and still giving their best behind the mic. Perhaps it's not consistent, but it's worth noting that there were occasions where it happened.

Let’s get the basics right and grow the industry from there. We can actually do it all, and achieve for the greater good of everyone. We can deliver on clients’ needs, do justice to the ears listening, contribute to development of the local music industry and most importantly grow the business.

Khulekani Shandu works for Gagasi FM in Durban, and was a colleague of Nzimande's