Ngwatha oversees 60 doctors in the hospital and despite being seconds away from starting her early morning rounds in the hospital's Covid-19 wards, one of her two ever-ringing cellphones is pushed to her ear.

A barrage of instructions, a brief pause, followed by more instructions. On the two-minute-long walk to the hospital's Covid-19 dedicated ICU, the doctor has received a total of three calls.

Ngwatha says fatigue has become the “baseline” for her and her staff.

“I personally haven't taken leave since 2020 until today. My staff, the leave that they actually have is when they're sick. We've got continuous fatigue. We just wish this virus would give us a break,” Ngwatha says. 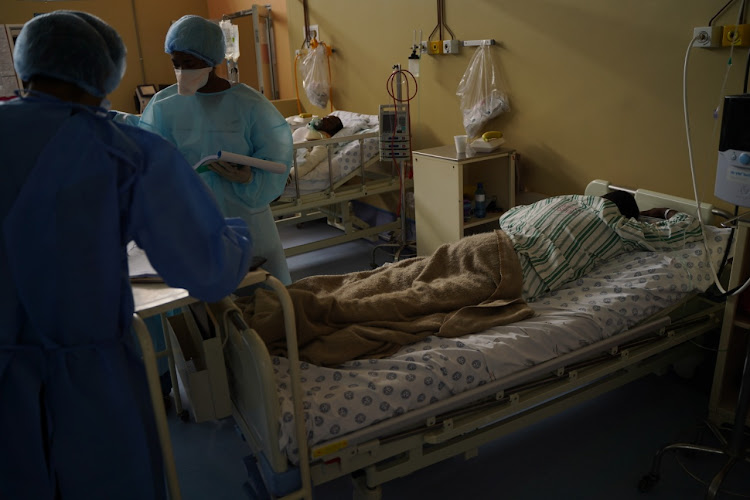 According to Ngwatha, an estimated 11,000 patients were treated for Covid-19 during the first wave. During the second wave this number rose to 15,000.

Speaking during the second wave Ngwatha says, “We are sitting at a stat of 1,600 admissions a day, which is far higher than the hospital's capacity.”

At Tembisa hospital, staff have adopted a three-day-on and two-night-off strategy for staff working in Covid-19 wards. Ngwatha says that this has helped staff cope with fatigue and anxiety.

“We are young mothers with small children who still need time with their parents. I'm praying to God that he will help me get through what I'm going through,” she says.

“My biggest fear is burying my staff,” she says.

Doctor's and nurses at Tembisa hospital work their rounds in one of the Covid dedicated wards.
Image: Emile Bosch

She describes sitting in her car outside the hospital crying, knowing that she had done everything she could as a nurse, only to see her patients' condition worsen.

“We just give them love, once they are there they get depressed. Some of them want to go home, some of them don't know why they're kept in isolation because they don't know this virus is contagious,” she says.

The single mother of one described the fear she felt while initially working in the wards. The father of her 18-year-old son had died and during her time working around people with the virus she did not see her son at all.

“I thought maybe I'd lose my family, maybe I'd even die now,” Mathibela says.

According to Mathibela, the staff cry with the families of patients who succumb to the virus, as they are unable to see their loved ones while in hospital. 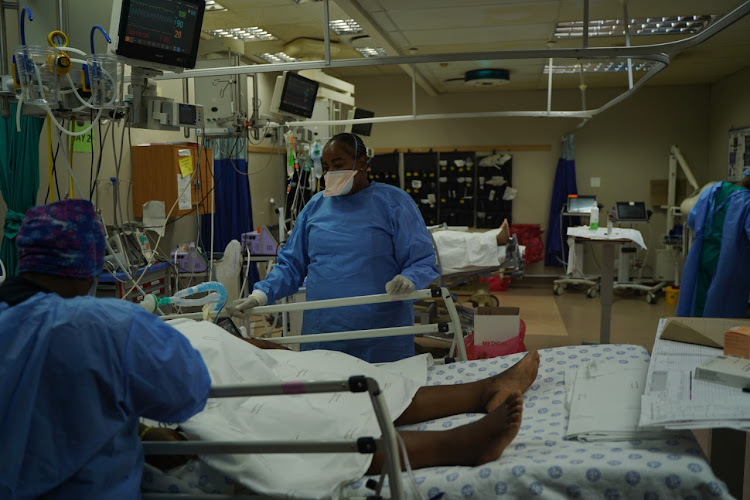 During the peak of the second wave, Dr Ngwatha walks around a completely full ICU. In the beds, the new variant's uncompromising effect on people of all ages and backgrounds becomes evident.

Tembisa hospital experienced 126 deaths during the peak of the first wave, during the second wave that number went up to 132.

The excess deaths at Tembisa hospital have placed its 66-body capacity mortuary under immense strain during both the first and second wave peaks.

Mortuary attendant Mohlabi Siti says that plans have been put in place by the government's forensic pathology department to implement mobile fridges, if the need for extra storage arises.

“Some people are passing away that are relatives and neighbours, so it's very stressful, but we're community workers so what can we do?” Siti says.

While unsure whether it was Covid-related, Siti lost his grandmother at Tembisa hospital during the first wave. 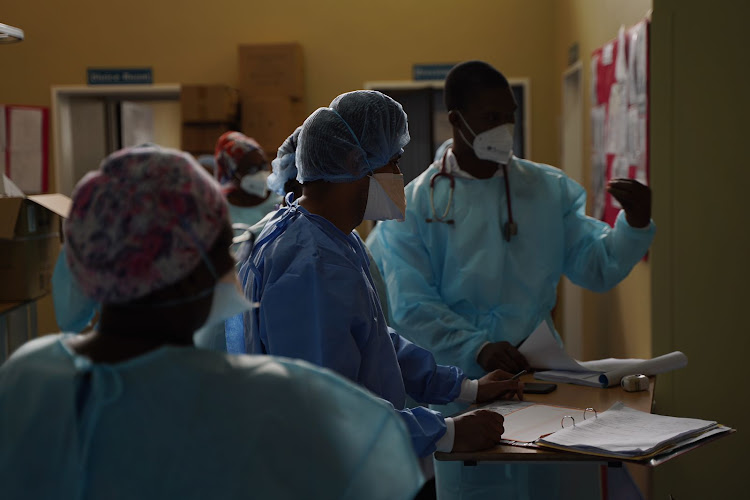 Tembisa hospital staff discuss a Covid-19 patient's condition while on their midday rounds in one of the hospital's dedicated Covid ward.
Image: Emile Bosch

With the second wave subsiding and the arrival of vaccines in the country amid hope that the end is nigh, front-line staff are preparing for an 'inevitable' third wave.

When asked about her thoughts on people not abiding by lockdown regulations, Ngwatha expresses her frustrations.

“To the general population, they must take this virus very seriously. It effects more people than just health-care workers and people working with it every day. We need a conscious decision as a population to act accordingly to curb the virus spread,” she says. 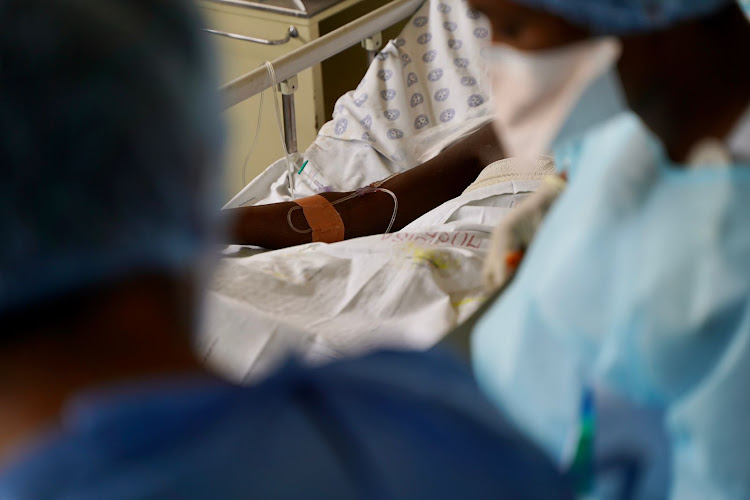 WATCH | ‘It’s stressful but what can we do?’ At war on the Covid front line

Sunday Times Daily has been given unique access as paramedics, ICU staff and funeral workers fight the second wave
News
11 months ago

South African front-line health-care staff have been tirelessly battling the Covid-19 pandemic since the country's first cases were recorded in March ...
News
11 months ago

There were just 1,375 new cases of Covid-19 cases in the past 24 hours, the lowest daily increase since November 8.
News
11 months ago