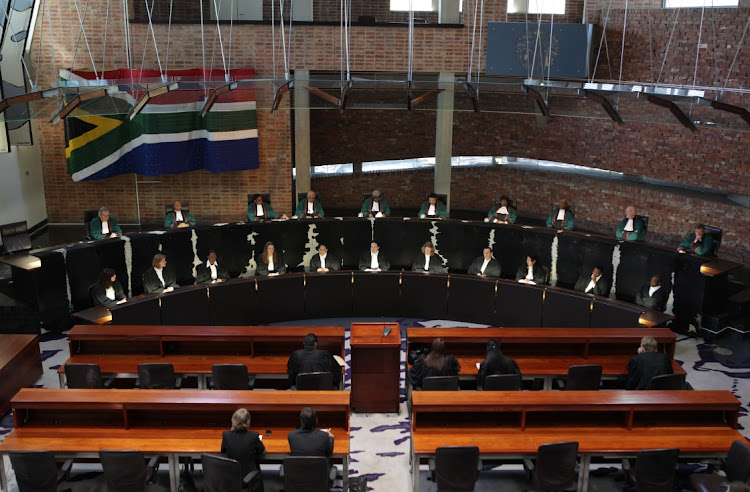 The Constitutional Court will on Tuesday hear a case involving a woman who is taking on the police over their alleged failure to properly search for her when she was missing or to find her rapists.
Image: JAMES OATWAY

In December 2010, a woman was assaulted, dragged into bushes, tied up, blindfolded and raped, apparently by more than one man, for more than 15 hours.

This, she argues, is wrongful in terms of the law of delict.

The Constitutional Court is set to hear the case on Tuesday.

Rape survivor who sued police should not get damages, appeal court rules

The Supreme Court of Appeal has overturned a high court ruling that police should pay damages to a woman who was raped in Port Elizabeth nearly 10 ...
News
1 year ago

She launched a civil case in the high court, in which she hoped police would be held accountable for failing to find her during her ordeal. The woman, known as Ms K in court papers, claims that the police wrongfully and negligently breached their duty to investigate her allegation that she had been abducted, held hostage and gang-raped.

At the time the woman was in Port Elizabeth on a business trip. She had a few hours to spare before flying to Johannesburg and decided to go to Kings Beach. But she was attacked by a man with a knife and a broken bottle at about 2.30pm.

She was assaulted and dragged into the bushes, where she was blindfolded and raped repeatedly for 15 hours, until the early hours of the next morning. She believes she was raped by more than one person.

She managed to escape the next day and was helped by a group of joggers on their morning run.

Ms K had been reported missing by her family at 7pm. There were four police searches for her near the beach during the evening of December 9 and the early hours of December 10, after her car had been found broken into and its contents stolen.

To this day, her assailants remain at large.

She lodged action in the high court in Port Elizabeth to hold the minister of police liable for the alleged omission by police to conduct an effective search and investigation.

The high court ruled in her favour in 2018, and found that the officers who investigated the attack on her had been grossly negligent. She was awarded her R2.3m in damages.

The high court held that the prolonged rape and assault which the applicant experienced as a result of the shoddy investigation contributed towards the trauma she later suffered.

But the police successfully appealed that judgment in the Supreme Court of Appeal, which found in May last year that steps taken by police to search for her were reasonable.

The SCA also disagreed with the high court’s finding on causation, and held that there was no causal connection between the alleged omission and the damages suffered by the applicant.

She has now approached the Constitutional Court for relief.

A 28-year-old man who sexually molested his girlfriend’s five-year-old child was sentenced to life imprisonment in the KwaDukuza regional court on ...
News
4 months ago

His victim was threatened with a broken bottle top, raped and pushed into a ditch while tied up.
News
4 months ago

Parents get two life terms each for raping, sexually grooming their minor children