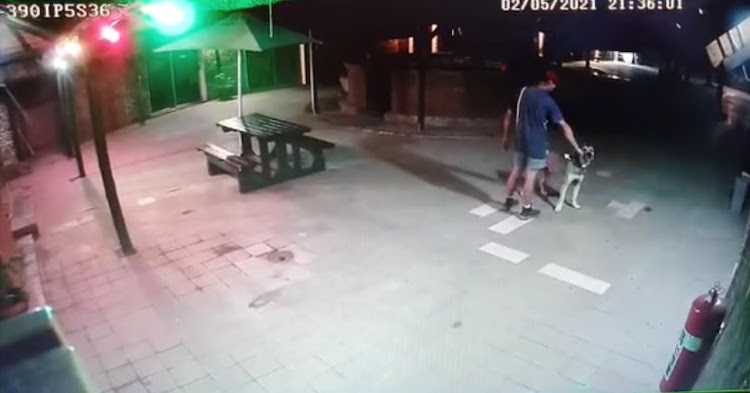 Police said the incident happened at around 10.30pm on Friday.
Image: Screengrab of video

A 42-year-old man was arrested in Jan Kempdorp in the Northern Cape at the weekend in connection with the stabbing of a boerboel dog, police said.

Kock said the dog was taken to a veterinary clinic where it was receiving medical attention.

The man was arrested on Sunday and appeared in the Jan Kempdorp magistrate’s court on Monday.

Kock said the case had been temporarily removed from the court roll for the finalisation of police investigations.

In video footage, the calm dog is approached by the man who suddenly stabs it.

The man watches as blood pools around the animal.

The dog slowly walks away.

A 79-year-old man was seriously injured after being attacked by two pitbulls and a boerboel in Verulam, north of Durban, on Monday.
News
8 months ago

Residents live in fear of pitbulls after kid's death

It was barely five minutes after Nothemba Keke's four-year-old son Milani had jumped from her lap that she heard him screaming. A neighbour's ...
News
8 months ago