Repairs to containment buildings at Koeberg 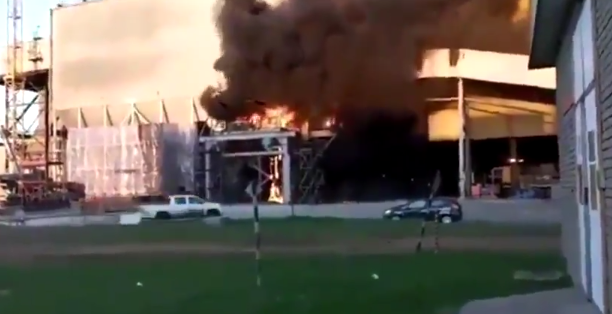 A fire broke out at the Kendal power plant in Mpumalanga on Friday.
Image: Screengrab

Eskom confirmed on Friday that nobody was injured during a conveyor belt fire at its Kendal power station in Mpumalanga.

The power utility said the blaze was contained and the plant would remain operational.

“The fire was extinguished and there were no injuries. The belt will be replaced today,” said Eskom.

“The station continues to operate as normal,” it added.

Meanwhile, Eskom said in a statement that it had undertaken concrete repairs on external facades affected by corrosion at Koeberg nuclear power plant's containment buildings.

“The main concern to the long term system health of the containment buildings is the deterioration of the externally exposed concrete surfaces due to chloride ingress that causes reinforcement corrosion and the potential effect on the prestressing tendons.

The Wilge Residential Development Project near Kusile power station in Mpumalanga should be Eskom’s showcase of dynamism and appreciation of its ...
News
7 months ago

“Concrete repairs have been implemented to reinstate areas of the external facades where spalling and delamination occurred due to reinforcement corrosion,” Eskom said.

The power utility said ongoing tests on the containment buildings had confirmed the structures were “capable of withstanding the most severe accident”.

Over the years tests were conducted to identify any abnormal movement, visual inspections were done to identify physical degradation such as cracks. These were all done through the Integrated Leak Rate Tests (ILRT) on a 10-yearly basis.

The latest results, Eskom said, have shown conclusively that the design functions of the containment buildings were met.

“The test results of the ILRT were also compared with international plants of similar design and it was found to be in line with industry norms. The ILRT represents the worst case accident scenario and proves the containment buildings to be capable of withstanding the most severe accident.”

Load-shedding far from over, as Cyril Ramaphosa says Eskom predicts power shortfall for next five years

Eskom is projecting an energy shortfall of up to 6,000 megawatts in the next five years, which means load-shedding appears far from over.
Politics
7 months ago

Zondo 'troubled' by Eskom board that mistakenly approved R1.6bn for Gupta company

State capture inquiry chair Raymond Zondo said it was “troubling” that a whole board of 12 members was so incompetent that it would allow such a ...
Politics
7 months ago

The Wilge Residential Development Project near Kusile power station in Mpumalanga should be Eskom’s showcase of dynamism and appreciation of its ...
News
7 months ago