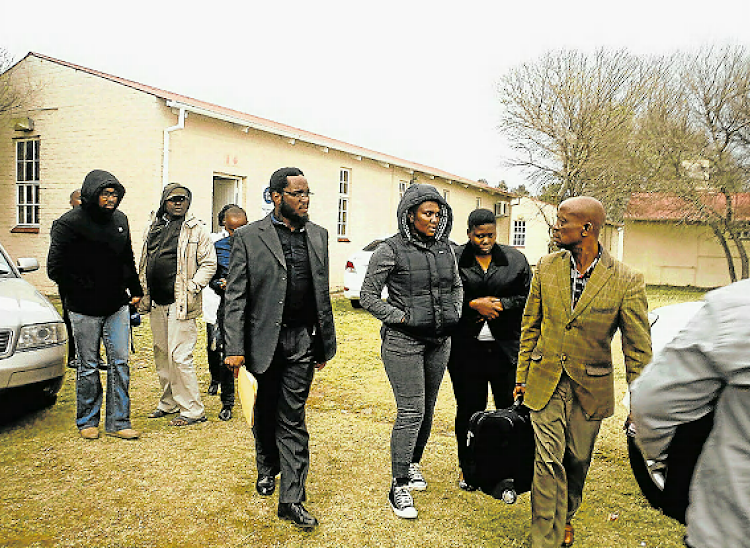 A former OR Tambo district municipality accountant has admitted to fraud, theft and money laundering amounting to more than R9m.

Nyameka Qongqo, 43, a mother of four, pleaded guilty in the Mthatha court on Monday.

She will know her fate on Wednesday when judge Bantubonke Tokota hands down the sentence.

Qongqo joined the municipality in 2006 and admitted starting to commit the crimes in 2012.

Two men were arrested after they were found in possession of sheep valued at R4.9m that they fraudulently obtained from a farm owner near Smithfield ...
News
11 months ago

She told the court it was  because of her ex-boyfriend, Alex Notshokovu.

The Dispatch understands Notshokovu pleaded guilty and was fined.

“The person that benefited was him [Notshokovu]," she told the court. “He left me in 2013. He teamed together with his friends to loot everything. I bought these things [car, furniture] under his name.”

Qongqo said she was responsible for the wellbeing of his children, who were social grant beneficiaries, and she was unemployed.

In mitigation of sentence, Qongqo’s legal aid lawyer asked the court to take into account that she pleaded guilty and was remorseful.

This showed rehabilitation was possible, he added.

“She suffered depression as a result of this case. The accused has children she is looking after as a primary caregiver.”

“She had to time to reflect on her actions. She kept on going,” he said, adding the offence was motivated by greed and selfishness. “Depression was as a result of this court case, not committing the offence. When there is a case like this, it is obvious [one will be] depressed.”

He said the courts were the last line of defence where corruption was concerned.

“What message will it convey if an accused is not given a custodial sentence?”

Thumeka Qongqo, who was initially arrested with her sister, pleaded not guilty.

She will be back in court on March 8.

The Dispatch reported in 2014 that the Hawks discovered that  R2.1m had been stolen, allegedly deposited on February 13 2013 into an account belonging to a close corporation Ogiyonke Construction, owned by Thumeka.

Prince Nkosinathi Mazibuko, 28, will appear in the specialised commercial crime court on Friday.
News
11 months ago

A 47-year-old man who allegedly created fraudulent invoices is expected to appear in the Johannesburg magistrate’s court on fraud and corruption ...
News
11 months ago