Close to 3,000 pupils did not return to school due to Covid-19 fears 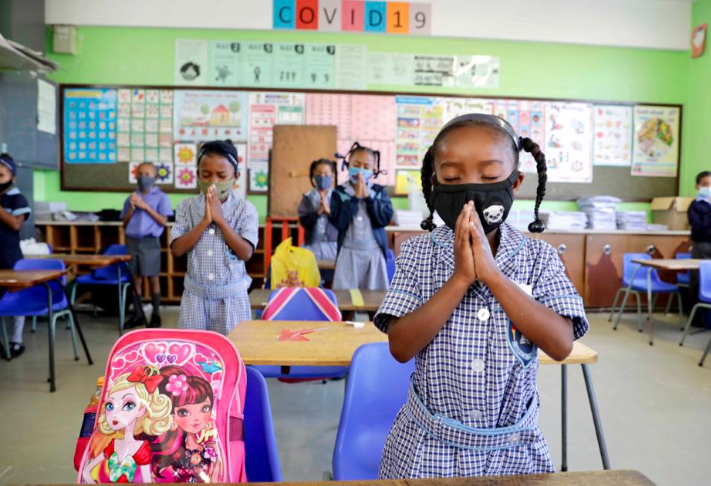 Close to 3,000 pupils did not return to school last year after the imposition of the March lockdown due to Covid-19 fears, Gauteng education MEC Panyaza Lesufi has disclosed.

Lesufi said the school districts would be consolidating current attendance figures and compare it with the previous year, to verify the accurate number of pupils who might have dropped out.

The department welcomed around 2.3 million pupils back to school on Monday, he said.

Lesufi said the school has been refurbished and fitted with two laboratories, an administration block, a library, two combi courts, a nutrition centre and guard house.

“Our children must not come out of informal settlements to go to informal schools.”

Lesufi said they had made progress on the admissions process.

“It is encouraging that the department has made progress in the placement of learners for the new school year.

First-day jitters are always a part of schooling, and it was no different on Monday as the 2021 school year started in SA.
News
11 months ago

Parents who wonder if they can skip paying school fees in the context of Covid-enforced longer school breaks have been categorically given the ...
Politics
11 months ago

Provincial education departments are scrambling to find places for thousands of pupils as state schools reopen on Monday for the first term of the ...
News
11 months ago

As pupils return, government vows to help them deal with Covid trauma