Another tropical storm on the way, but it's not likely to have any 'negative effects on SA' 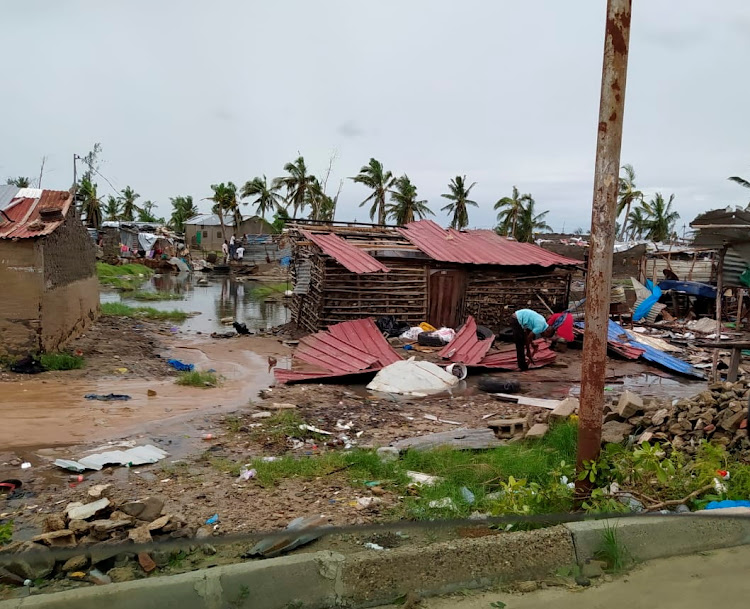 View of the damage after tropical storm Eloise hit Beira, Mozambique, on January 23 2021 in this social media image.
Image: REUTERS

Another tropical storm is on the way this week, but it seems that it will have “no negative impact on SA in the days ahead”.

The SA Weather Service said on Wednesday that a fresh tropical system — named “Guambe” — has developed and was intensifying in the southern half of the Mozambique Channel, north of SA.

The weather service said that, currently, it was highly unlikely that Guambe would directly affect SA — unlike tropical storm Eloise, which caused heavy rain, flooding and damage in parts of the country.

“By contrast, current predictions suggest that Guambe will have no negative impact on SA in the days ahead, as the system is expected to remain well to the east of our shores throughout the life cycle of the system,” the weather service said.

Guambe is the seventh “named” tropical system in the southwest Indian Ocean domain this season.

The weather service said Guambe was currently classified as a moderate tropical storm, and was associated with sustained surface winds of the order of 63km/h to 89km/h.

It added over the next 4 to 5 days, the track Guambe was likely to follow should be predominantly southwards.

'The summer crops are growing well': Heavy rains a huge boost for farmers

Torrential rains across SA that caused widespread devastation are worse than normal, with meteorologists warning the country could become a lot ...
News
1 year ago

Storm Eloise: Volunteers risk lives to save others, bring closure to bereaved families

Medical reps, bankers, university lecturers and businessmen this week volunteered to be the backbone of rescue operations in the floods in Mpumalanga ...
News
1 year ago

“This predicted track should keep the system well to the east of SA throughout the lifetime of the system. Beyond this period, Guambe can typically be expected to accelerate in a south-easterly direction, ultimately being absorbed into the predominantly westerly airflow of the mid-latitudes.

“While SA is unlikely to experience any negative impact from Guambe, it is highly likely that a combination of torrential tropical rain and extensive flooding will affect an extensive part of the coast and adjacent interior of southern Mozambique, especially the region from Beira, through Vilanculos and southward to Inhambane.”

The weather service said destructive onshore winds and associated marine storm surge can also be expected along the aforementioned coastline, with the coastal region between Xai-Xai and Inhambane likely to be affected by strong winds, wind damage and storm surge towards the coming weekend, when “Guambe” is expected to further intensify to “tropical cyclone” status, with sustained winds of 118km.h to 166km/h.

SAWS emphasised that there was much  uncertainty surrounding accurate prediction of future movement of “Guambe”. as with all tropical systems worldwide.

“Tropical systems are notoriously fickle and unpredictable, often exhibiting very erratic movement. Modern satellite remote sensing as well as advanced ensemble numeric modelling (NWP) techniques do, however, mitigate much of this uncertainty, at least in the short-term,” said SAWS.

SAWS said they will continue to be vigilant and to closely monitor the future movement and evolution of “Guambe”.