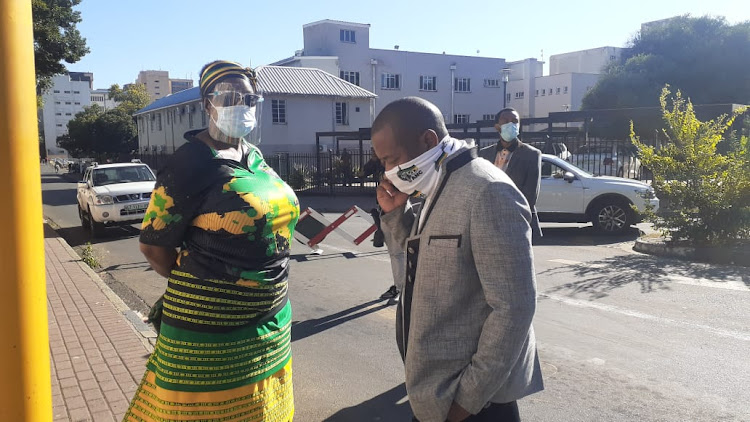 “Let the NPA do whatever they want to do, I'm ready for anything,” ANC secretary-general Ace Magashule pronounced on Friday, as he arrived at court in Bloemfontein.

This follows reports that the prosecution plans to add more charges to the 21 he already faces in the Free State asbestos saga.

Streets leading to the courthouse are lined with barbed wire with strict security access. Media has also thus far been barred entry from the court, with the large police contingent saying permits are required.

Also outside court are the ANC's Bathabile Dlamini and Mzwandile Masina, who have also been barred entry from the court premises.

On street corners all around the court vicinity, street vendors have set up stalls where they are selling a variety of ANC regalia.

A helicopter is hovering above. Several streets have been closed off to traffic. 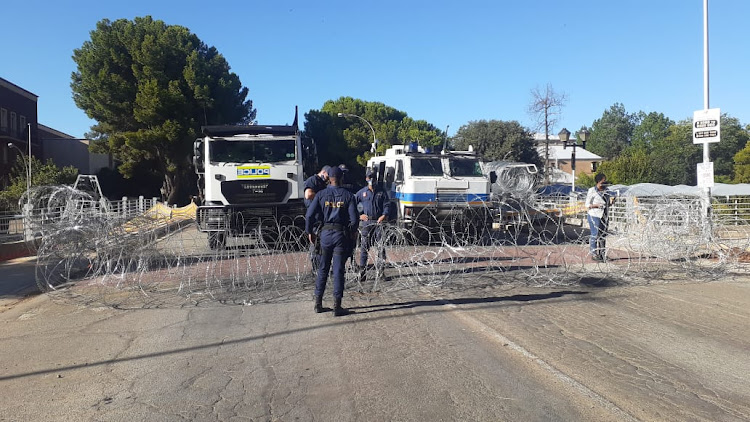 The court precinct has been closed off from potential protest action.
Image: Thapelo Morebudi/Sunday Times

Ahead of his second appearance in the dock, Magashule said: “You guys said we must have our day in court. I'm waiting for the court, they keep on postponing.”

Asked for his comment on the possibility of additional charges being filed, he said: “Whatever charges, it's fine.”

Magashule, who was wearing a face mask in line with Covid-19 protocols, dismissed a question about his supporters' claims of perceived political persecution and whether he had brought this up within the ANC.

“Why should I speak to the president about the case,” he responded.

On November 10 2020, the Hawks issued a warrant of arrest for ANC secretary-general Ace Magashule. In October, seven others were arrested relating to the same multimillion-rand asbestos removal tender Magashule is being investigated for. Here's what you need to know about the Hawks' arrests and warrant for Magashule.

Three more government officials have been arrested by the Hawks in Bloemfontein in connection with the R255m Free State asbestos saga.
News
1 year ago

Supporters of ANC secretary-general Ace Magashule have already gathered in Bloemfontein to pledge their allegiance before his appearance in court on ...
Politics
1 year ago