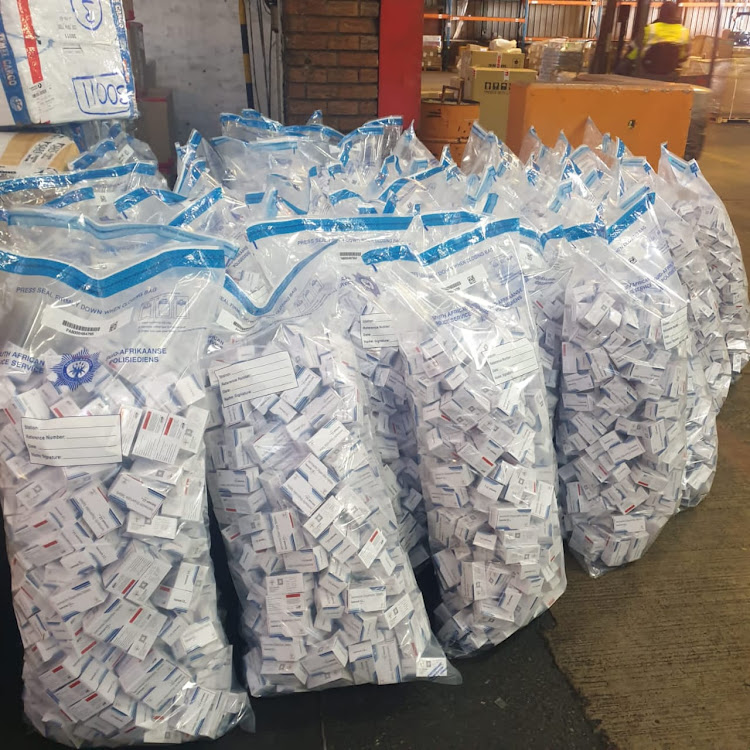 Police have seized a consignment of pills in transit from India.
Image: SAPS

Unregistered medicines with a market value of R126m have been seized at OR Tambo International Airport in Johannesburg.

“The unregistered medicines, which are believed to be ivermectin, were mainly found to be in tablet form,” said police Col Athlenda Mathe.

The discovery of the tablets was made earlier this week by authorities during an inspection of a cargo container that arrived from India. 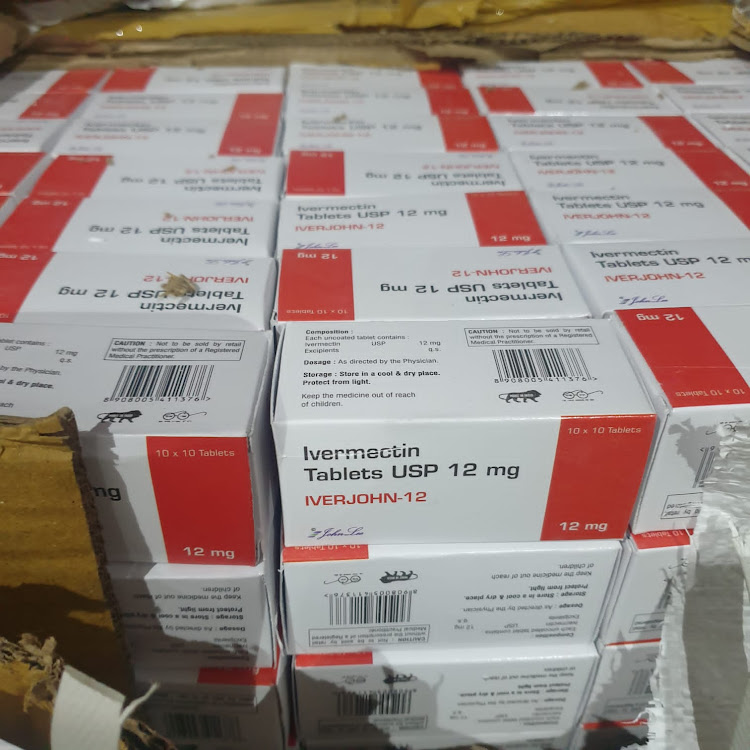 SA police are clamping down on the illegal importation of unregistered medicines.
Image: SAPS

While no arrests have been made yet, SA police, through its Interpol office, are working with authorities from India to establish the exact delivery address of the consignment, said Mathe.

The latest confiscation of the unregistered medicines is the largest bust concerning the illegal importation of medicines, since the beginning of the year.

All seven accused have already appeared in court and are out on bail.

In all cases, preliminary investigations revealed that the unregistered medicines had been imported for sale purposes, and would have been used in the treatment of the Covid-19 virus.

Mathe said police wished to remind pharmaceutical companies, including health experts, of the Medicines Act, which clearly states that anyone who wishes to import medicines into the country must have written authority from the South African Health Products Regulatory Authority.

Four out of five ivermectin tablets tested in a study published this week had "at least one" additional pharmaceutical ingredient which had not been ...
News
9 months ago

Drug maker Merck & Co has warned against the use of ivermectin to treat Covid-19, saying there is no evidence of its efficacy and safety.
News
9 months ago

The South African Health Products Regulatory Authority (Sahpra) has warned that ivermectin is still illegal in SA for use in the treatment and ...
Politics
9 months ago