'Mayday' at 27,000ft but 117 passengers on Mango flight to Durban emerge unscathed

Loss of cabin pressure experienced during Johannesburg to Durban flight 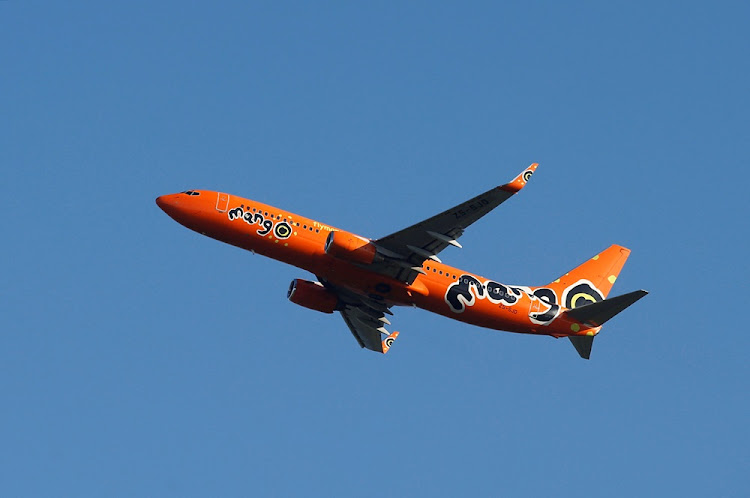 According to the report issued by the Accident and Incident Investigations Division of the SA Civil Aviation Authority, the aircraft had a valid airworthiness certificate, with an expiry date of October 31 2021.
Image: REUTERS/Rogan Ward

While flying at 27,000ft above sea level on January 25, the crew of a Mango flight from Johannesburg to Durban declared an emergency and broadcast a “mayday” situation.

Cabin pressure had dropped significantly and oxygen masks were released.

The alert went out to the area controller at King Shaka International Airport, and emergency crews were put on standby.

But everyone on board - the eight crew and 117 passengers - all emerged unharmed.

The details of the incident late last month is contained in a preliminary Civil Aviation Authority report.

According to the report, after the decompression in the cabin, the captain descended and then slowed the plane's airspeed until the situation could be thoroughly assessed.

“The crew reviewed the cabin altitude warning and emergency descent procedures and checked the pressurisation panel to see if they could manually control pressurisation, but this was not possible,” the report states.

“The captain called the SCCM [senior cabin crew member] to the cockpit through an intercom system and, after having established the wellbeing of the passengers and cabin crew members, explained the nature of the problem, his intentions, and that there were no special requirements. The SCCM relayed the information to the rest of the cabin crew.

“The captain later briefed the passengers about the problem and requested them to remain calm. The aircraft made a straight-in-approach and a normal landing was carried out on Runway 24 at [King Shaka]," the CAA report states.

The CAA found that there was “no structural damage” noticed on the flight.

“The serious incident was considered survivable as no damage was caused to the cockpit and cabin structure of the aircraft. The captain and the FO [first officer] had donned their oxygen masks and had deployed the passengers’ oxygen masks timeously ...” read the preliminary report, released on Thursday.

The report says most of the oxygen masks in the cabin had dropped when the crew deployed them, and all of the oxygen generators had activated.

According to the report, moderate weather conditions prevailed at the time of the flight and had no bearing on the incident.

“The SCCM stated that apologies were made to the passengers, and that most of them were happy that they were safe and had expressed their gratitude to the crew,” the report found.

The CAA said the investigation was ongoing and other aspects of this occurrence - which may or may not have safety implications - would be looked into.

Mango can confirm that flight JE251 from Johannesburg to Durban experienced a depressursation incident during the flight. The aircraft landed safely and the crew disembarked passengers accordingly. (1/2)

Drowning in debt, surviving on pap and cabbage, and having to borrow or sell valuables to buy school stationery - this is the bleak reality for many ...
News
1 year ago

Labour unions at the embattled state-owned airline maintenance and repair business are up in arms over a near R1m bonus paid to a departing ...
News
1 year ago