WATCH | 'Saying sorry is a small gesture but it's sincere': Tshegofatso Pule’s killer in letter to family 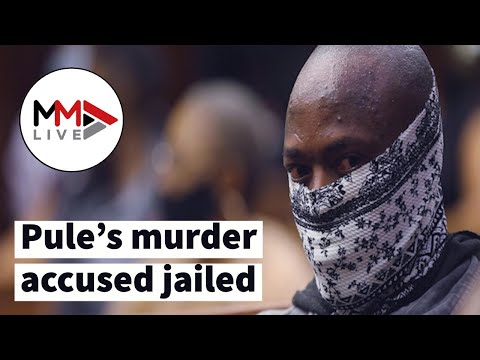 The man who pleaded guilty and was sentenced for the murder of heavily pregnant Tshegofatso Pule, has apologised to her family in a handwritten letter.

Muzikayise Malephane said he could not find the “right words [to] convey how deeply remorseful I am for killing Tshegofatso Pule”.

“Somehow saying I’m sorry for robbing her of her life and family seems to be [a] small gesture.”

Malephane wrote that he keeps getting flashbacks of the fateful night he took Pule’s life and has been questioning his action.

“Why didn’t I just drive away or call for any help or even go to the police?

“I have let down a lot of people and I will do everything in my power to work from this regrettable doing and face the outcome of what transpired that night.

“I would like to extend my sincere apologies once again and will continue forward in doing what is best.”

We accept his apology, but at the end of the day he has to face consequences.

Family spokesperson Tumisang Katake said it was not up to them to deny him an apology.

“We accept his apology, but at the end of the day he has to face consequences.”

The court sentenced Malephane to 20 years' imprisonment for murder and five years for obstructing justice, possession of an unlicensed firearm and possession of ammunition, to be served concurrently.

Malephane told the court in a statement that the father of Pule's unborn child had offered him R70,000 to murder her, as the married man did not want his wife to discover his cheating had led to his lover becoming pregnant.

In June last year, Pule's bloodstained body was discovered hanging from a tree in the Durban Deep area of Roodepoort, four days after she had last been seen.

Her unborn child was a daughter.

Gauteng police have since confirmed that Pule's 32-year-old lover was arrested at his home.

Provincial police spokesperson Brig Mathapelo Peters said he is expected to appear in the Roodepoort magistrate’s court on Monday.