Handling Covid-19 with no government clinic in sight 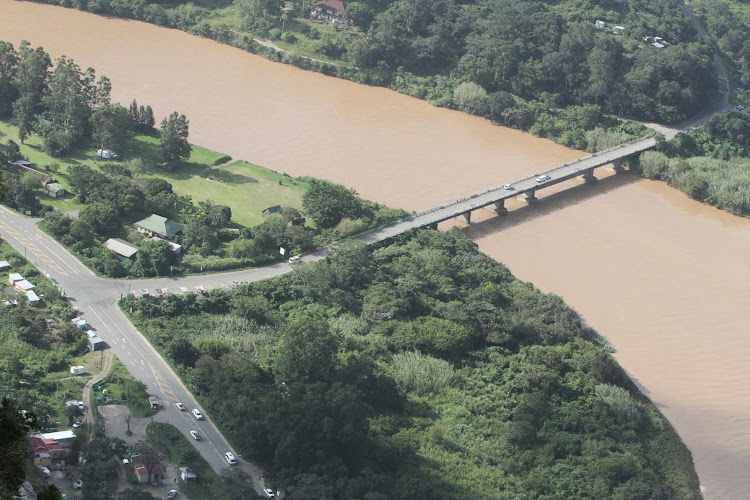 The Xhora Mouth area of the Eastern Cape is about 100km from Mthatha by car. The first 60km is a sporadically potholed tar road, the last 40km a dirt road.

There is no piped water in the area and the electricity grid has yet to reach it. Solar panels and water tanks are a common sight. And the hills fade from vivid green to light grey as they stretch endlessly into the distance, contrasting underdevelopment with breathtaking beauty.

The Bulungula health point sits on top of a ridge, overlooking the Xhora River. The small building is the size of a “two room”. Green shade netting encloses the waiting area in front and a large water tank is attached to the right.

Inside, nurse Nonhlanhla Shozi attends to a patient. It is the only clinic in the area and Shozi is the first nurse to work here full time.

In the absence of a government clinic, non-governmental organisation Bulungula Incubator (BI) established the health point to serve the four villages it supports in the Xhora Mouth area, namely Nqileni, Tshezi, Folokwe and Mgojweni.

The health point has meant residents no longer have to undertake the three-hour walk to the nearest government clinic. It has also proved pivotal in the BI’s Covid-19 response during the second wave of the pandemic in SA.

How to respond in a rural area

International Aids Society public health specialist Lynn Wilkinson arrived in the area with her family on December 2 2020 to take up the role of acting director of the BI. After months involved in co-ordinating various efforts at the Nasrec field hospital, as well as 19 clinics in Johannesburg, Wilkinson planned to focus on under-five child health and implementing programmes that would allow those with chronic conditions to get their medication at a health point instead of having to trek to the clinic.

'All hands are on deck': Moving heaven and earth for fast vaccine rollout

When health-care workers lined up for the first Johnson & Johnson Covid vaccinations this week, it was an emotional moment for them - and for the ...
News
4 months ago

There wasn’t a single case of Covid-19 in the Xhora Mouth area during the first wave of the pandemic.

But two days after their arrival, the area saw its first case of the coronavirus. The BI health team was forced to come up with an emergency strategy for responding to the second wave. “I’ve done field hospitals, but what do you do in a rural community? What can you do?” asked Wilkinson.

The BI came up with an emergency plan that included safeguarding the elderly and vulnerable, implementing testing and isolation strategies, and putting a referral system in place for patients requiring hospital care.

During the first wave, the Bulungula Incubator health team set up two homes in the villages the BI supports to house the elderly safely, one of which was the Bulungula Lodge, a popular tourist destination that was unable to operate because of lockdown restrictions.

This time, the Bulungula Lodge was operating under level-three restrictions. So, the health team came up with a plan that relies heavily on nomakhayas, or home-based carers.

To protect the elderly, nomakhayas identified the elderly people in their areas and distributed sets of seven surgical masks for the elderly to wear in rotation throughout the week.

Nutrition takes a backseat as breadwinners battle to feed their families

The health team set up a Covid-19 testing programme at the health point with the help of Wilkinson’s husband, Tom Boyles, a medical doctor and infectious disease specialist. Boyles conducted the initial tests and trained Shozi to take over from him. The tests are sent to Zithulele Hospital for processing and on average results are available in two to five days.

Nomakhayas screen households continually for anyone showing Covid-19 symptoms. Those with symptoms are advised to get tested at the health point. The nomakhayas educate those who test positive about how to isolate themselves and make daily visits to residents who test positive, or are symptomatic, to monitor their health. Using data captured by the nomakhayas, the BI plots on a map the locations of vulnerable people and the elderly, as well as active cases and those who have symptoms, to aid their response.

The BI set up a system to refer patients from the four villages to the Zithulele and Madwaleni hospitals and follow up on those who are admitted. It also set up a taxi ambulance service to transport people with deteriorating health to the health point, for Boyles to evaluate and refer to a hospital if necessary.

Isolation in a rural homestead

Nokhumbulele Sompugana, who lives in Tshezi and is 67 years old, was tested for Covid-19 at the health point on December 9 at the insistence of her daughter, Nontombi Hlahla, 38, who is a nomakhaya. When she heard that her mother had recently recovered from a fever, Hlahla made sure Sompugana got tested for Covid-19.

Two of SA government's top advisers on Covid-19 backed Pfizer's vaccine on Friday, despite a study earlier this week showing that the dominant local ...
News
4 months ago

Sompugana says she was not worried about the result as she felt healthy at the time she was tested, but was anxious to get the results. Three days after being tested, her results came back positive. Sompungana had to isolate herself until December 18.

Unlike in urban centres, where facilities have been set up to accommodate people who do not have adequate space to isolate themselves at home, space is seldom a problem in the four villages. Many homesteads are able to make a hut available to a family member.

Sompugana moved into an empty hut on their property and stayed there for the duration of her isolation. Despite the proximity to her family, isolation was not easy.

“I was worried about dying alone in that room,” she says. She longed to be surrounded by her daughters and grandchildren.

During that period, Sompugana’s only visitor was Hlahla who, as a nomakhaya, monitored her health daily. For weeks after her period of isolation ended, Sompugana still had not received any visitors. She suspects people were afraid she was still contagious.

Hlahla says the fear of having to isolate herself for 10 days and being stigmatised, as her mother was, has led to people refusing to be tested.

President Cyril Ramaphosa said the government is aiming for a smooth rollout of the Covid-19 vaccines through its collaboration with Biovac, a ...
Politics
4 months ago

Wilkinson says it indicates a disadvantage to the familiarity the nomakhayas have with their communities. “They don’t have that extra bit of gravitas to make people listen to what [they] tell them to do,” she says, adding that some residents say the nomakhayas are trying to interfere in their business and so they don’t want them to visit every day.

“It’s not always easy for them. They don’t always have the respect of the community that we want them to have,” says Wilkinson.

In an effort to combat the stigma and misinformation around the virus, and to encourage people with symptoms not to fear getting tested, the Bulungula Community Radio station has a daily slot dedicated to Covid-19. During this time, the deejay encourages listeners to keep to safety precautions and provides information about isolation. Some days, Covid-19 survivors are interviewed to share their experience.

Despite the efforts of the nomakhayas and the radio station, residents are not diligent about keeping their distance or wearing masks.

Despite this behaviour, Wilkinson says the health team has seen a surprisingly low number of serious infections. “We’ve got a positivity rate of [about] 38% and yet in the four villages, we’ve had two deaths.”

While it’s unclear what may be protecting the community, she says the people living in the four villages have extremely good cardiac health.

The BI had screened 1,098 people and identified 221 with Covid-19 symptoms by January 8. It was by this time that there had been only two deaths in the area.

Going forward, Wilkinson’s highest priority is vaccines, “definitely for the health-care workers, and then community health workers and then also for the elderly. Then we really need to make sure that we roll out this vaccination when we get them, because often they just won’t come to the rural areas,” she says. “If we don’t get them by winter, we will have a third wave and we will have to manage things in the same way.”

Only a donkey cart can transport coffin to grave

Roads in an Eastern Cape village are so bad that a funeral parlour has to hire a donkey cart to transport a coffin to the graveyard.
News
4 months ago

Ncumisa Mkabile, 27, went from running a thriving catering business to being almost destitute when the Covid-19 pandemic took hold.
News
4 months ago

Mask wearing has increased for all groups, irrespective of Covid-19 beliefs

South Africans have widely adopted face masks to counter the threat of Covid-19 but are slipping on social distancing and hand washing.
News
4 months ago