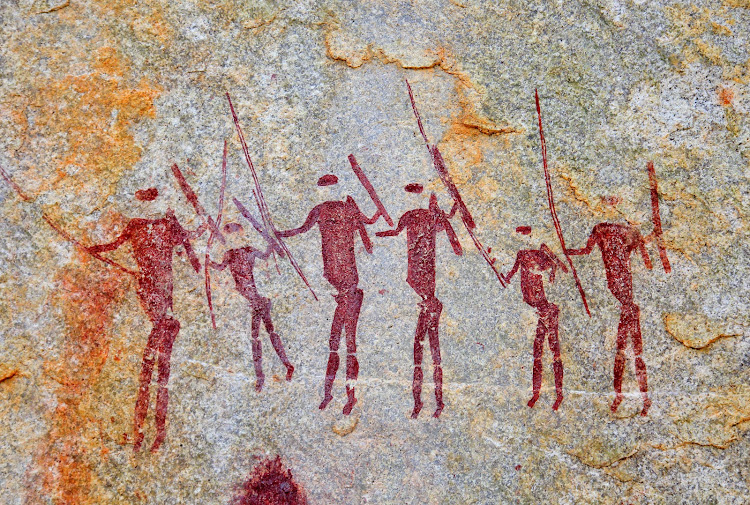 The Hawks arrested a man after he advertised San rock art for sale on social media.
Image: 123RF/Yury Birukou

A 48-year-old man was expected to appear in the Port Shepstone magistrate's court on Monday morning for allegedly attempting to sell San rock art.

The Hawks' serious organised crime investigation team in Port Shepstone, together with the K9 unit, arrested the man on Thursday for illegally trading in an archaeological item contravening the National Heritage Resources Act.

Hawks spokesperson Lt-Col Philani Nkwalase said the team responded to information received about a suspect, who had advertised San rock art for sale on social media in the south coast area.

“A search warrant was executed on the premises at Montague Road in Sea Park, which led to the arrest of the suspect in possession the San rock art on Thursday,” he said.

A spontaneous outcrop of rock sculptures in Kalk Bay has been demolished by the City of Cape Town due to concerns about public safety.
News
1 year ago

The Game Pass Rock Shelter in the Kamberg Nature Reserve in KwaZulu-Natal has been declared a national heritage site.
News
1 year ago