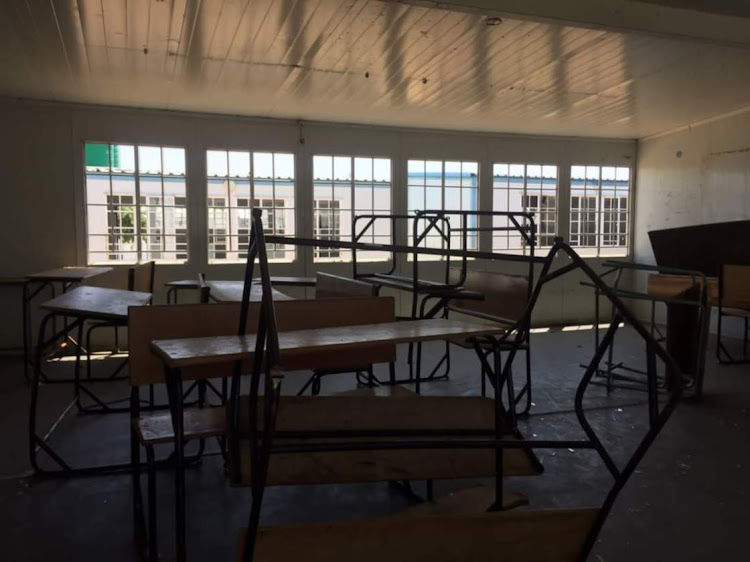 Diepsloot Secondary School pupils have not resumed classes after the facility was vandalised during the holidays.
Image: Supplied

More than 1,500 pupils from Diepsloot Secondary School, north of Johannesburg, are yet to resume classes after their school was vandalised during the holidays.

The school’s windows have been smashed, electric cables were cut and taps and toilet seats were stolen.

School governing body (SGB) chairperson Matome Monyemanedene, said they had no choice but to take the decision not to reopen the school as it presents a danger to pupils.

“The school was vandalised during the holidays. As a result it does not have windows, toilet seats and taps, and there are electric cables lying around. We also don’t have enough personal protective equipment for pupils. The teachers who came two weeks before the reopening of schools had to ask to use toilets in neighbouring houses,” Monyemanedene said.

The Gauteng education department has appointed an independent investigative body to determine the circumstances surrounding the death of Sibongiseni ...
News
7 months ago

While there have been reports of liquor stores and food stores being vandalised during the coronavirus lockdown, it seems schools are the hardest hit.
News
1 year ago