Tshegofatso Pule: Hope for truth as father of her unborn child appears in court

As the rain poured down across Roodepoort on Monday morning, the family of Tshegofatso Pule came face-to-face with the man accused of being the mastermind behind her murder.

“It’s a reopening of old wounds that were beginning to heal,” Pule’s uncle Tumisang Katake said at the Roodepoort magistrate’s court on Monday morning.

Katake was speaking after the court appearance of Ntuthuko Ntokozo Shoba, the father of Pule’s unborn child.

The National Prosecuting Authority confirmed that Shoba was charged with murder, conspiracy to commit murder and defeating the ends of justice.

'This is what we feared': Tshegofatso Pule’s family on arrest of ex-boyfriend

The family of mother-to-be Tshegofatso Pule say their suspicions have been confirmed by the arrest of her former boyfriend as the alleged mastermind ...
News
11 months ago

Gauteng police said Shoba was arrested at his home on Thursday evening for his alleged involvement in Pule’s murder last June.

Family members in court on Monday wore black “Justice for Tshego and the baby” T-shirts.

The 32-year-old man, with a beard and bald head, wore an all-black suit and shirt for his first court appearance. He had chains around his ankles.

He appeared calm during his brief appearance. 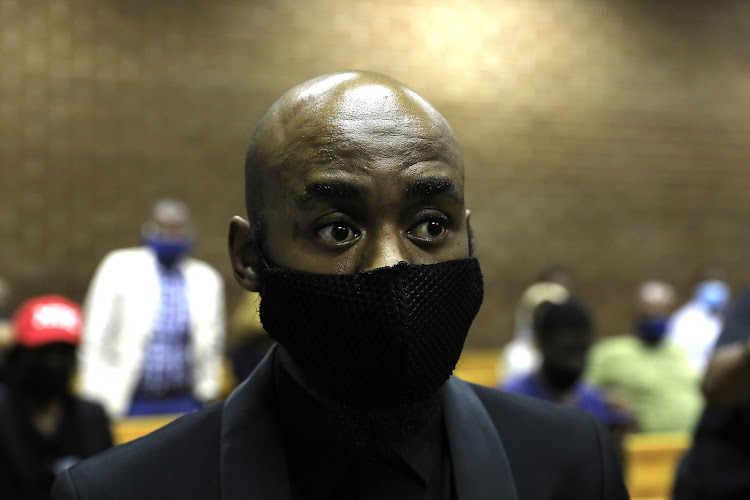 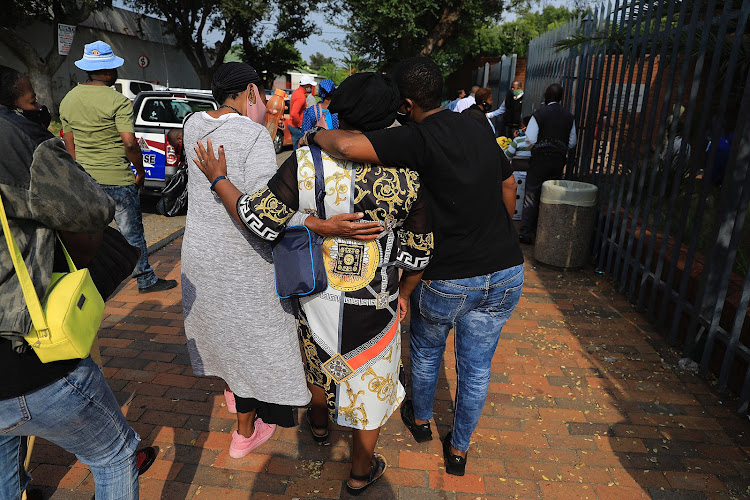 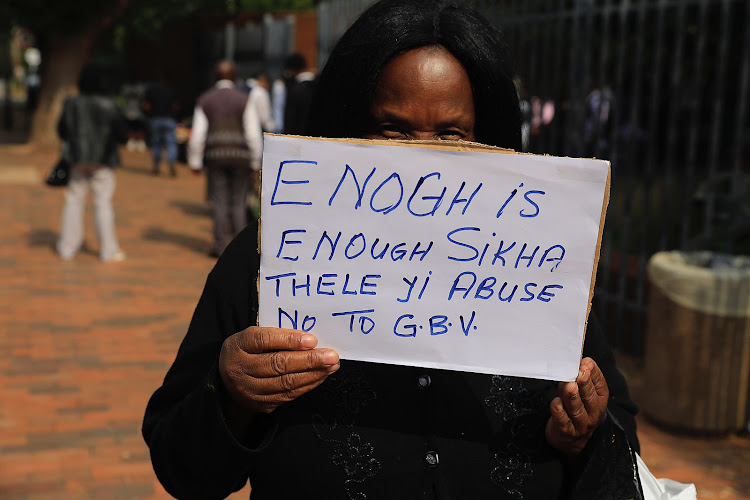 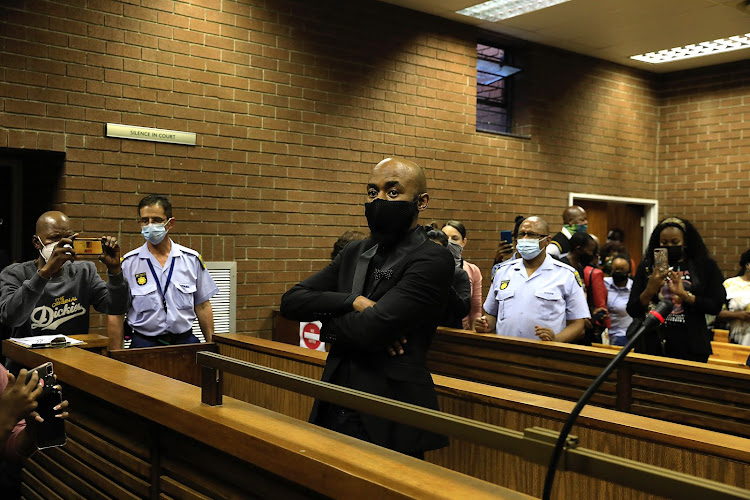 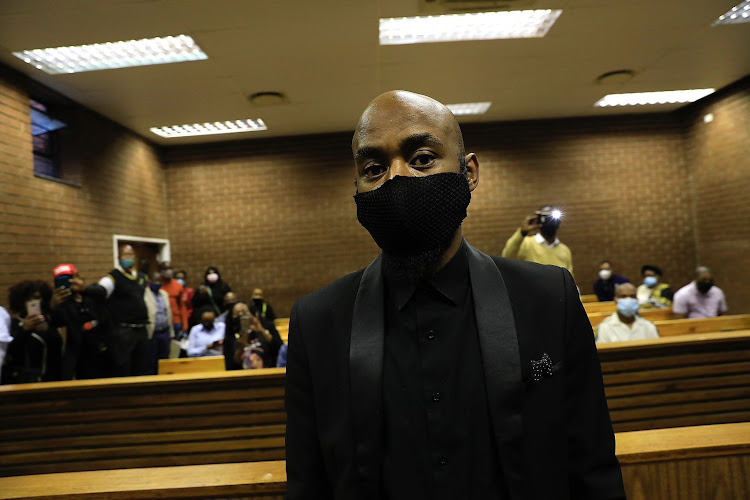 At the South Gauteng High Court on Friday, Muzikayise Malephane pleaded guilty to murdering Pule, alleging he had been offered R70,000 by Shoba to kill her.

Shoba allegedly wanted his eight-months pregnant lover killed, as he did not want his wife to learn he had fathered a child with another woman.

Malephane said he shot her in the chest and then, in a panic, tried to make her death look like a suicide by putting a rope around her neck and leaving her body against a tree.

He said he did this after fetching her from Shoba’s house, under the pretence of being an e-hailing taxi driver. 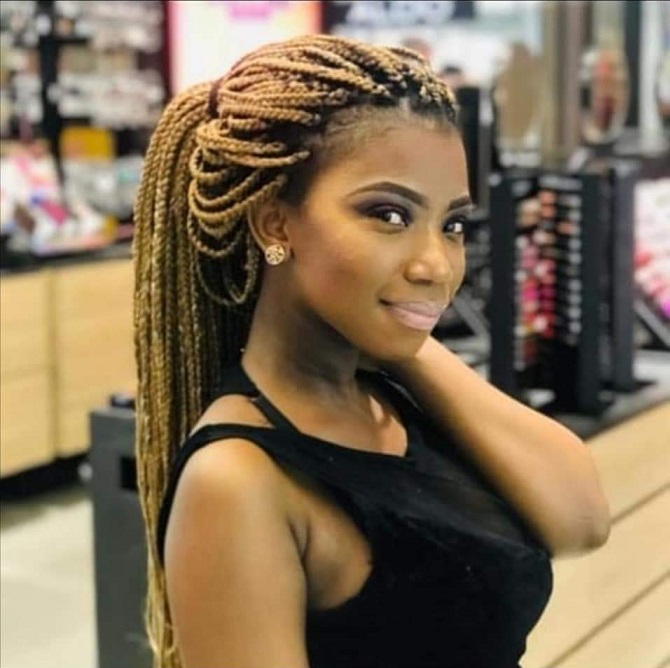 Tshegofatso Pule's boyfriend Ntuthuko Shoba appeared at the Roodepoort magistrate's court on Monday. He will make an application for bail on March 1.
Image: Supplied

The court sentenced Malephane to 20 years' imprisonment for murder and five years for obstructing justice, possession of an unlicensed firearm and possession of ammunition, to be served concurrently.

Katake said the family knew that Pule was dating Shoba, but did not know “what type of relationship they had”.

Katake said the family had a sense of relief that Shoba was arrested, but they are still “in tatters, emotionally and psychologically”.

“We don’t know why ... At this point, those are still allegations against him.

“I’m not sure how they [the family] will handle this going forward. I can only hope that we recover as time goes on, but it’s going to be a difficult journey for us.”

The matter was postponed to March 1 for a formal bail application.

The alleged mastermind of Tshegofatso Pule's murder was arrested on Friday morning, the National Prosecuting Authority has confirmed.
News
11 months ago

Muzikayise Malephane, the man accused of killing Tshegofatso Pule, appeared in the high court in Johannesburg on Friday.
News
11 months ago

WATCH | 'Saying sorry is a small gesture but it's sincere': Tshegofatso Pule’s killer in letter to family

“I have let down a lot of people and I will do everything in my power to work from this."
News
11 months ago