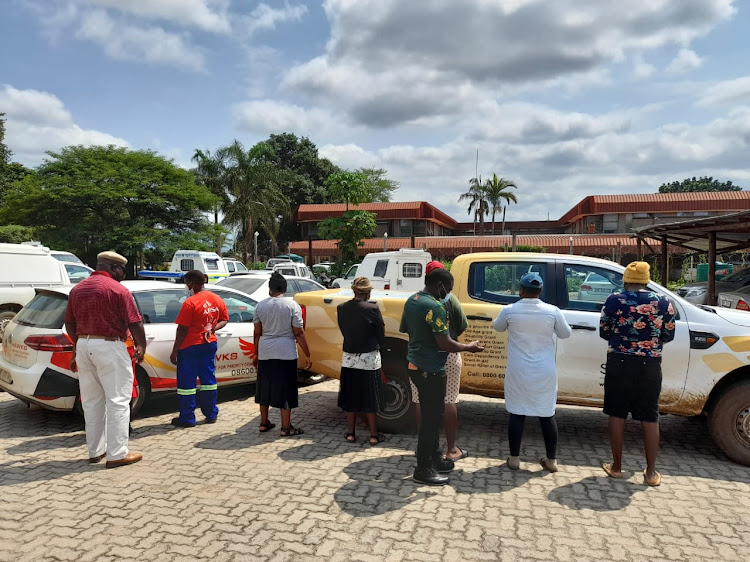 The suspects are to appear in the Tzaneen magistrate's court on Wednesday to face fraud and corruption charges.
Image: SAPS

Six of them, aged 33 to 54, were caught on Tuesday in Khobo village outside Tzaneen. They were bust during a multidisciplinary takedown operation involving the Hawks,  Tzaneen SAPS first responders, crime intelligence and Sassa officials.

It is alleged that in 2018 and 2019 Sassa officials colluded with an intermediary to recruit ineligible people in Tzaneen to register for a disability grant for a fee. As a result, the state suffered a loss of more than R300,000.

“All the suspects will appear in the Tzaneen magistrate's court on Wednesday to face fraud and corruption charges. The search for other suspects continues,” Maluleke said.

A warning was issued about bogus Hawks officers extorting money from the families of arrested suspects in the province.

This follows one scam in which a “colonel” contacted families and demanded money in exchange for suspects being granted bail.

“As the Directorate for Priority Crime Investigation, we want to put the record straight that our members are not allowed to call the families of accused people and demand money in any way. If you are approached by someone claiming to be from the Hawks and demanding money, know that you are about to be scammed and call the nearest police station,” said Maluleke.

Officials are ready to execute the extension of the special R350 Covid-19 grant by another three months.
News
4 months ago