70 bikes have been built using parts salvaged from scrap 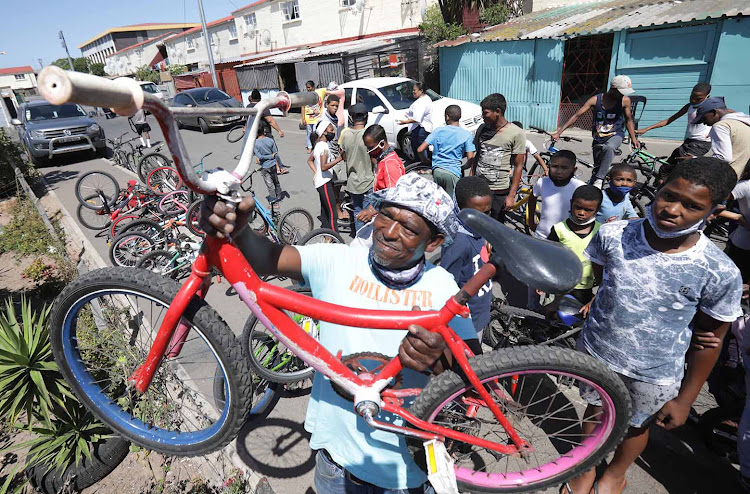 Shaun Weitz, a former gangster in Hanover Park on the Cape Flats, now fixes bicycles he supplies to children in his neighbourhood.
Image: Esa Alexander/Sunday Times

Shaun Weitz is not unusual in the Cape Flats community of Hanover Park - he has been a gangster and has lost a son to gang violence.

Where Weitz departs from the stereotype is in the way he now uses his time: building bicycles for local children in an attempt to keep them out of gangsterism’s clutches.

His project was born during the lockdown last year and has blossomed so vigorously that Weitz and his partners have built 70 bicycles using parts scavenged from piles of scrap.

Every weekend, children as young as eight flock to the bicycle store and set off on adventures. 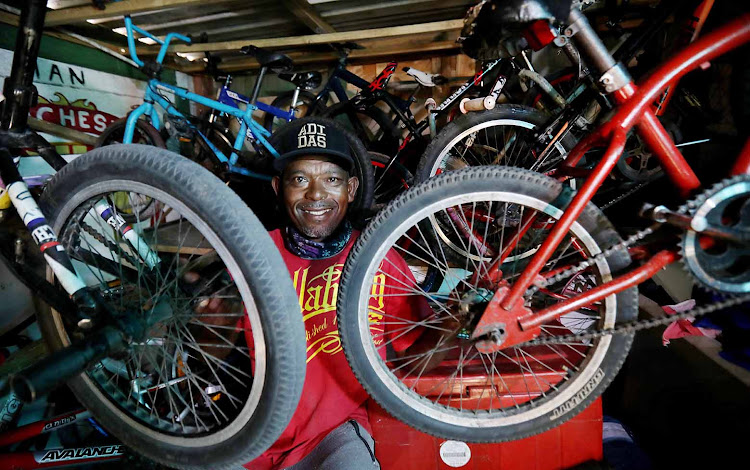 It was during one of these rides that a Cape Town transport enforcement officer, Ridwaan Nero, saw the cyclists and became concerned about their safety.

“They weren’t really visible to motorists, so I spoke to the co-ordinators of the group and immediately decided we should do something about it. Things like this in an area like Hanover Park are much needed,” Nero said.

He and businessman Nizaar Marlie have launched Weitz’s project as Hanover Park Bicycles For Change and are attracting corporate sponsors and support from city officials.

Marlie said their efforts were to ensure the bicycles had safe brakes and tyres, and that children who ride them have safety equipment and road safety training. 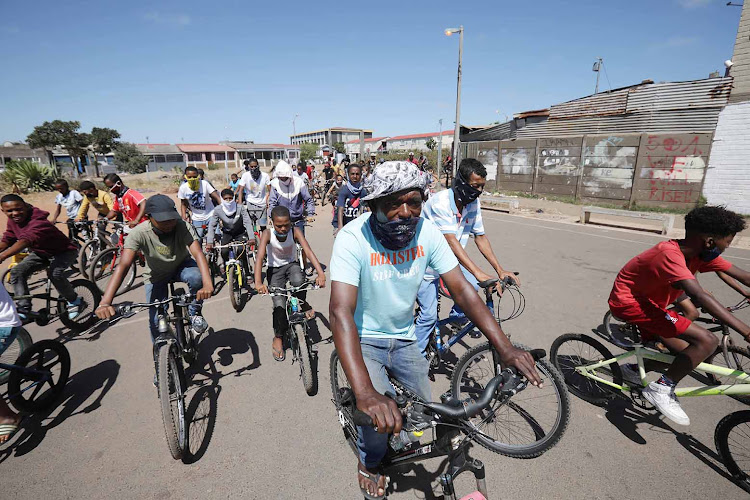 Nero has arranged marshalls and a medic for the group’s excursions.

“This group is keen. They are passion-driven. The children are highly motivated and are proud to be associated with this informal club,” he said.

Weitz said he started by helping local children fix broken cables and punctures on their bicycles.

“Then I decided to build my own bikes. I started with two bikes and then I started buying parts at scrapyards,” he said. 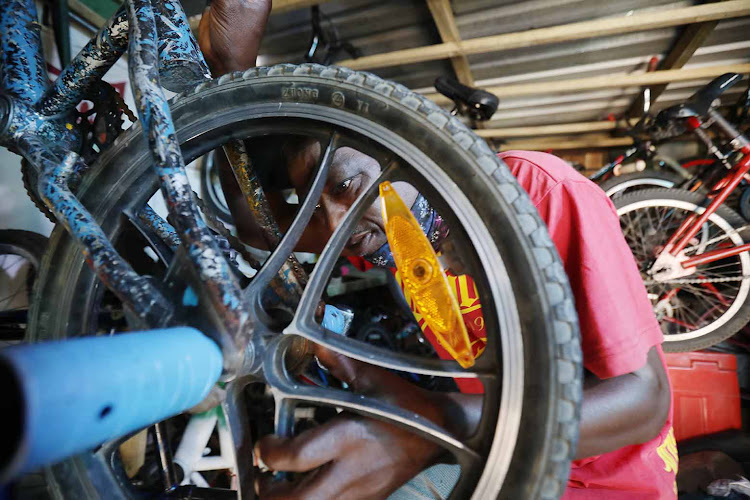 Shaun Weitz builds bicycles for local children in an attempt to keep them out of the clutches of gangsterism.
Image: Esa Alexander/Sunday Times

“I’m building the bikes to help the children not become gangsters. I lost my son to gangsterism and I don’t want the same thing to happen to other people’s children.”

Nero said: “This is one positive story that has come out of our nationwide lockdown from an area plagued with gangsterism and constant gun battles.”

From Flats to foamies: how a youngster barrelled off the streets and into the swell

This is the fourth and last instalment of our series on Cape gangland schools, where dodging bullets is part of life
News
1 year ago