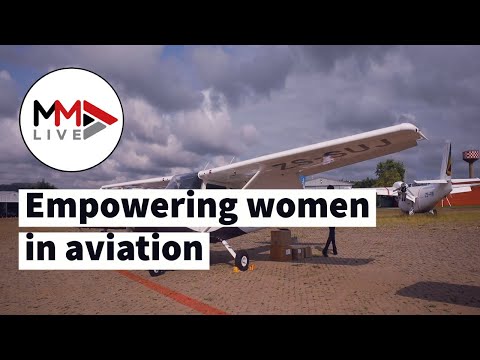 Kelly Slingers is a relief pilot and the founder of the Plane Project. She spends her days collecting and donating much-needed PPE to front-line workers or holding workshops that motivate the youth from all over the world to pursue a career in aviation — as someone once did for her.

Slingers used to be employed by Eagle Air in Pretoria but quit her job to take on the Plane Project full time.

“The Plane Project was born out of the desire to help those that need it the most and when lockdown happened, we were able to extend our aim to help front-line workers get the required PPE that they need to fight the pandemic.”

Slingers said that helping people has never been a difficult job. “Anyone can do it, it isn't as hard as it looks.”

Pursuing a career in aviation doesn't only mean becoming a pilot, there are so many different jobs in this industry.

But she doesn't only fly around SA helping people, she also holds workshops to encourage and motivate young women to pursue a career in aviation.

“I just want young women to know that pursuing a career in aviation doesn't only mean becoming a pilot, there are so many different jobs in this industry and I just want to encourage them to consider any of them.”

Slingers used to hold the workshops in person at different schools around SA, but since the pandemic hit she has moved to Zoom calls — which still make a great impact. “Even if I inspire one person out of the entire class, I will be happy,” she said.

TimesLIVE joined Slingers in the North West for a PPE drop-off at Mogwase Community Health Clinic. The staff greeted Slingers and her team with open arms and dancing and singing. They were so grateful for the drop-off.

“This moment right here is the reason that I do what I do, this justifies everything,” said Slingers.