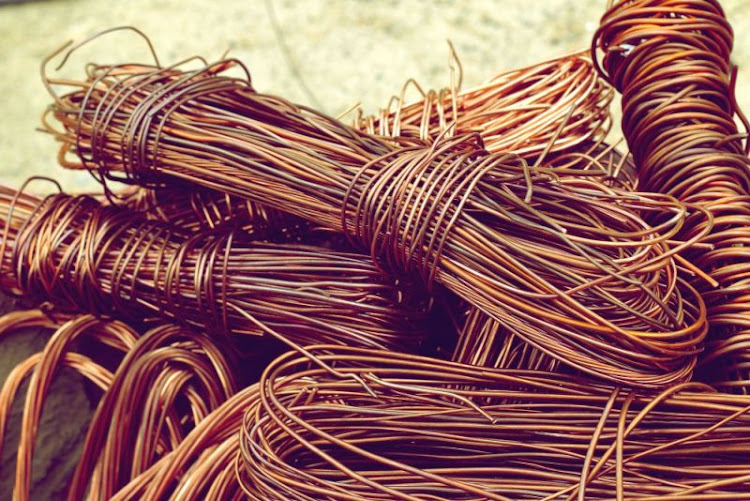 Four Transnet employees will appear in court on Friday in connection with the theft of copper. Stock photo.
Image: 123rf.com/Thanasak Boonchoong

Transnet employees arrested for the alleged theft of copper worth about R1.9m are to appear in the Pretoria magistrate's court on Friday.

The four suspects, aged between 32 and 37, were detained during operations by the Hawks last week in Pretoria.

Capt Ndivhuwo Mulamu said the arrests followed those of five other suspects — who have already appeared in court — last week in Akasia and Hercules.

The Hawks “conducted an intelligence-driven operation that resulted in the arrests of the four men at Transnet infrastructure freight rail Koedoespoort Depot in Pretoria,” she said.

“We are going to clamp down on those contributing to the high end of the non-ferrous metals and essential infrastructure illicit value chain in our country,” said Kadwa.

Dodgy connectivity? Blame it on vandals and thieves, says Vodacom

Two men who attempted to steal fuel from a Transnet pipeline in Mpumalanga got badly burnt — and arrested.
News
1 year ago

'It's economic sabotage in the heart of SA': expert on Prasa cable theft, vandalism

Cable gantries and even entire train stations are being plundered across SA - and the economic impact of the wholesale theft and sabotage of ...
News
1 year ago