Disgruntled Atteridgeville residents take to the streets over crime in area 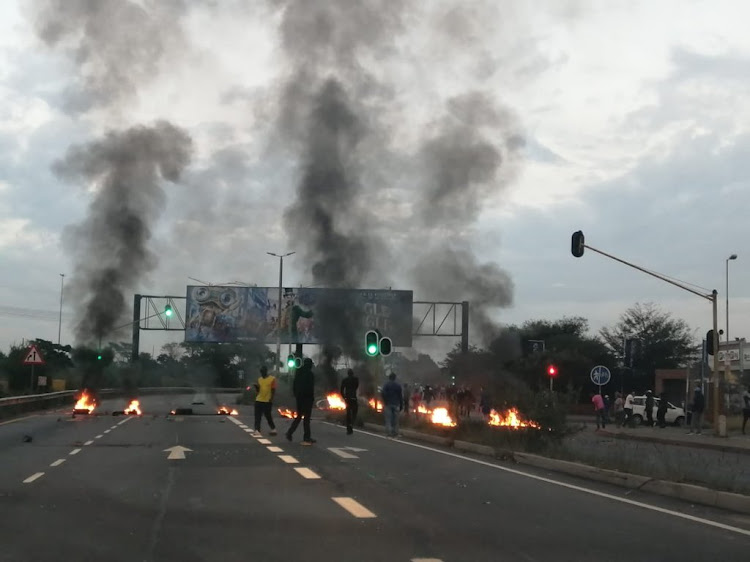 Police said about 1,000 residents blocked several roads with burning tyres and rocks at about 6am.
Image: RIOT & ATTACK info South Africa via Twitter

Disgruntled residents took the streets of Atteridgeville, west of Pretoria, on Friday morning to voice their anger over the crime in the area, Gauteng police said.

Police spokesperson Capt Mavela Masondo said about 1,000 residents blocked several roads with burning tyres and rocks at about 6am.

Masondo said the community members marched to the police station to hand over a memorandum.

“They were complaining about crime in the area. They handed in the memorandum and have since dispersed.”

Masondo said a public violence case had been opened and no arrests were made.

Now is tough in Atteridgeville Pretoria.
South Africans are sick and tired of the foreigners 👇👇👇 pic.twitter.com/HkmPFx4xDY

26/02/2021#RIOTS
Advertised as a ‘peaceful March’ , this is the outcome inside Atteridgeville. pic.twitter.com/iUea7BpEUS