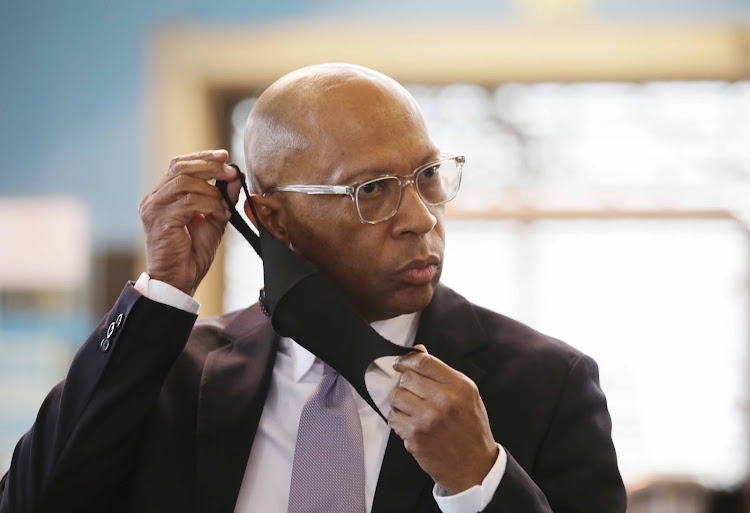 Mbalula made the pledge on Saturday in Langa, Cape Town, where he introduced the new Prasa group CEO, Zolani Kgosie Matthews.

He said Prasa has not had a permanent CEO since the departure of Lucky Montana in 2015.

“In 12 years of its existence Prasa has experienced many challenges that became pronounced in 2015/16,” said Mbalula.

The auditor-general's office has called for urgent intervention to save the country's struggling rail agency.
Politics
11 months ago

Mbalula said the Hawks had also started a number of investigations initiated by Prasa, into a number of issues.

“The downward spiral continued in 2016/17 where Prasa had two boards in a single financial year. The relationship between the minister at the time and the board reached an all-time low, resulting in the minister dismissing the board, replacing it with an interim board in March 2017, which was short-lived.

“Irregular expenditure stood at R19.6bn, an increase from R14.8bn in 2015/16. The auditor-general reflected that instability in the entity, 'including the board control, negatively contributed to the decline in the financial management, performance reporting and compliance processes and the overall collapse of the internal controls within the public entity as a result of inadequate and ineffective oversight’. Fruitless expenditure escalated to R181m.”

Many slammed the minister for 'wasting time' on social media and not addressing the state of the country's railways.
Politics
1 year ago

He said SA’s commuter infrastructure “has been completely run down as a result of theft and vandalism”.

“The most urgent task confronting us is to get trains back in service,” he said.

“We are under no illusion about the huge economic impact on the working class and low-income households affected by non-operation of our services. Corridors such as Soweto, Ekurhuleni, Mabopane, Germiston, Tembisa and [Cape Town's] central line remain our priorities in restoring the service.”

Matthews also vowed to do his best to restore SA’s commuter rail system.

The state capture inquiry will continue to hear evidence relating to allegations of corruption at the Passenger Rail Agency of SA from Crowe ...
Politics
10 months ago

Peters, Molefe and Montana are all pointing fingers at each other with regards to the Prasa CEO debacle
Politics
10 months ago