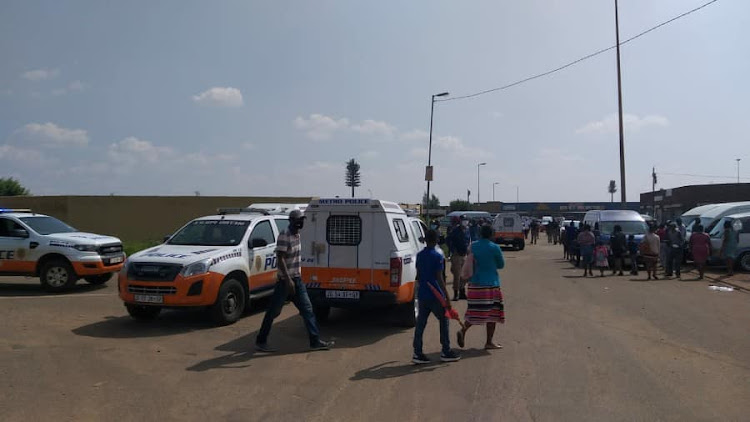 More than 2,000 people contravened Covid-19 regulations when they attended a church service in Soweto on the weekend.
Image: JMPD

On their arrival at about 1pm, the officers were surrounded by a group of aggressive male churchgoers who thumped on the JMPD patrol vehicles, he said.

“Officers used pepper fog to disperse the group and called for backup. Rubber bullets were then used to disperse the aggressive churchgoers who damaged JMPD patrol vehicles and injured two officers.”

One officer was taken to Milpark Hospital.

The pastor and several church members were arrested.

They were charged at Moroka police station for public violence, assault, malicious damage to property and contravention of the Disaster Management Act as more than 2,000 people were attending the church service.

In a sermon lasting more than an hour on Wednesday night on his TV channel and on Facebook, Shepherd Bushiri was thin on pastoral care but big on ...
News
6 months ago

President Cyril Ramaphosa has warned that South Africans should not discount the possibility of a third wave of skyrocketing coronavirus infections.
Politics
6 months ago

President Cyril Ramaphosa said on Sunday night that SA had "clearly emerged" from the second wave of coronavirus infections.
News
6 months ago