The lawyer of the accused, seeking R2,000 bail, says death threats are circulating on social media and in prison corridors

Ntuthuko Ntokozo Shoba, the alleged mastermind in the murder of Tshegofatso Pule, fears for his safety after receiving death threats.

Nyangiwa said the threats were also made in the corridors at the prison where Shoba was being held.

He claimed the instructions to have Shoba killed originated with Muzikayise Malephane, who pleaded guilty to the murder of Pule. She was eight months pregnant at the time of the murder last June. Her family said Shoba was the unborn child’s father.

“There is a real security issue that we are dealing with,” Nyangiwa told the court, which was hearing Shoba’s request to be released on bail after his arrest late last week.

My client is not of a violent nature.

Nyangiwa asked the court to ensure that Shoba’s home address and his employment not be read out in court.

Malephane was sentenced to 20 years’ imprisonment for murder and five years for obstructing justice, possession of an unlicensed firearm and possession of ammunition, to be served concurrently. During his sentencing, Malephane alleged he had been offered R70,000 by Shoba to kill Pule.

Setting out his personal circumstances, Shoba said in his affidavit he was a 32-year-old man and was born in Gauteng.

He has no assets or family living outside SA. He has a passport, which he has only used on three previous occasions for short holidays.

He said he had a diploma and was unmarried with no minor children. 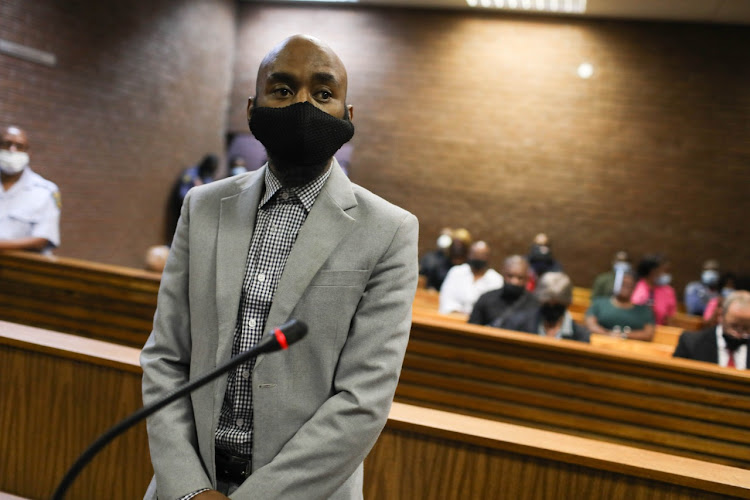 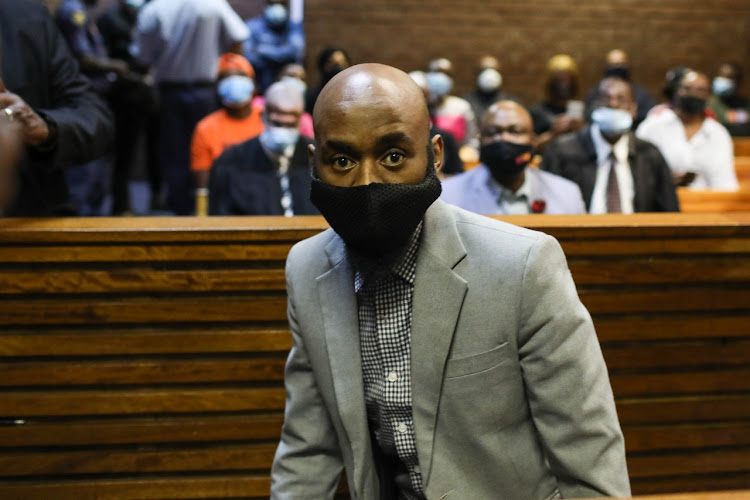 He has no pending cases or convictions.

Shoba said he was not a danger to society and would not evade trial.

“Despite receiving several death threats from the community, I have handed over all the information in this matter,” he said.

Shoba asked the court to be released on bail of R2,000.

He confirmed that Pule, 28, was found barefoot and tied to a tree with a rope tied around her neck in a veld in Durban Deep, Roodepoort.

Mpete said there was objective evidence that corroborated the allegations Malephane submitted and that there were cellphone records obtained from relevant network companies.

Muzikayise Malephane, the man accused of killing Tshegofatso Pule, appeared in the high court in Johannesburg on Friday.
News
1 year ago

Mpete said there were also statements obtained from witnesses that corroborated the cellphone records.

He said there was video footage showing Shoba accompanying Pule to the Jeep that picked her up. The driver was identified as Malephane.

“I am thus submitting that I have profiled the accused and found that he has positive identification.

“I am opposing bail being granted to Mr Shoba as he might abscond now that he is aware of the serious nature of the charges he is facing.

“I have consulted with witnesses and they have indicated to me that should bail be granted to Mr Shoba, they won’t be able to come testify for fear of being targeted and possibly attacked or even killed as many of them are known to the accused as well as their addresses.

“The gruesome manner in which the deceased was murdered outraged the SA population and it is still a matter of national interest.”

During arguments, Nyangiwa told the court it appeared that the state had “prejudged” the matter and concluded his client had been found guilty.

He said Shoba would hand over his passport and would not move to an unknown address.

Nyangiwa said Shoba did not know the witnesses and would not endanger their lives.

“My client is not of a violent nature ... He is employed and doesn’t want to jeopardise his future by going and attacking other people, that is not in his nature.”

Nyangiwa said Shoba wanted the matter finalised and had been co-operating with the state from the beginning.

He submitted that Shoba was at greater risk in custody than outside prison.

“There is a real fear that my client has, that the longer he stays in prison, the more his life would be at risk.”

In response, Temeki argued the community was outraged over the case and that “even President Cyril Ramaphosa knows about the matter”.

“This court is full, the community is outraged. It is one of those matters that made the whole country outraged, that how could it happen to a defenceless woman who was pregnant at that stage.”

“There was nothing exceptional that has been placed before this court that he deserves to be released on bail. He failed dismally, being employed is not exceptional.”

Temeki submitted that the state had a strong case against Shoba and requested that he be denied bail.

The matter has been postponed to Friday when judgment on the bail application is expected.

JSE analyst Ntuthuko Shoba, accused of ordering the murder of his lover Tshegofatso Pule when she was eight months pregnant, remains in custody for ...
News
1 year ago