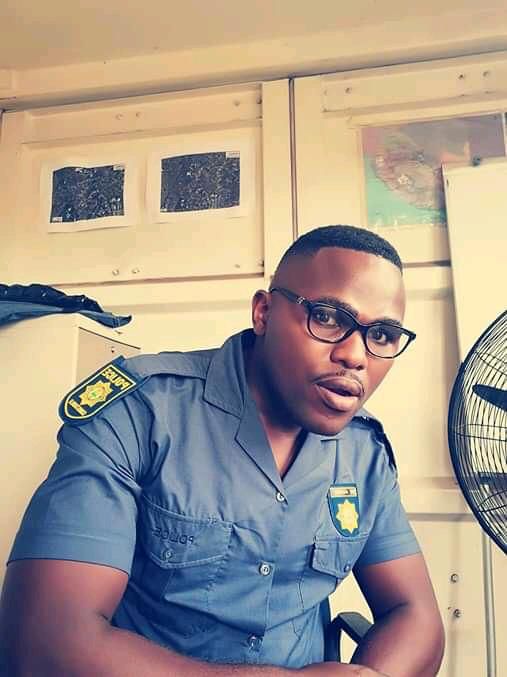 Suspected cop killer Mxoleleni Sikhala appeared in the Bluedowns magistrate's court on Tuesday morning in connection with the murders of two Cape Town police officers over the weekend.

Sikhala was charged with two counts of murder, attempted murder and robbery with aggravating circumstances after he was arrested allegedly in the possession of two firearms, 45 rounds of 9mm ammunition and a cellphone.

“The case has been postponed to March 9 for bail information and for an attorney of the accused to come on board,” said Ntabazalila.

According to a Hawks statement, Kraaifontein police Sgt Mnakwazo Mdoko, 46, and Const Mninawa Breakfast, 28, were patrolling in Phumla Street, Bloekombos, at around 1.25am on Sunday when they were ambushed and shot dead by a group of suspects. A suspect appeared in court on Tuesday in connection with the murders of Sgt Mnakwazo Mdoko (pictured), 46, and Constable Mninawa Breakfast, 28.
Image: SAPS

“Both Mdoko and Breakfast were declared dead on the scene and their official firearms stolen in the early hours of February 28,” said Hawks spokesperson Col Katlego Mogale.

The Hawks’ national priority violent crimes team along with members of the Kraaifontein police, Crime Intelligence and police K9 units followed up on intelligence on Monday leading to Sikhala’s arrest in Mandela Park, Khayelitsha.

Sikhala’s court appearance coincided with another visit by police minister Bheki Cele to the Western Cape this year after multiple shooting incidents related to gang violence and extortion syndicates.

Cele conducted an oversight visit in the Kraaifontein policing area and was also due to visit families of the fallen officers.

After at least 12 murders in the Western Cape since Thursday involving firearms, Western Cape acting provincial commissioner Maj-Gen Thembisile Patekile this week raised his concern over the proliferation of illegal weapons.

“With just a week in office, in his assessment of crime patterns within the province he has observed with concern the alarmingly high levels of serious violent crimes that are driven by the proliferation of illegal firearms,” said Western Cape police spokesperson Brig Novela Potelwa on Monday.

Time to get illegal guns off our streets: New Western Cape top cop after spate of murders

According to Potelwa, murders since Thursday included:

Potelwa said in the past week 30 illegal firearms and rounds of ammunition were seized with several arrests effected in various operations undertaken throughout the Western Cape.

The provincial government and the City of Cape Town redeployed 80 law enforcement officers to Mitchells Plain from the city’s five other hotspot areas following an increase in violence there.

Western Cape safety and security MEC Albert Fritz is expected to announce the deployment areas of the next 500 law enforcement officers currently in training as part of the safety plan announced by premier Alan Winde late in 2019.

A law-enforcement tactical team found 973 blocks of compressed cocaine in three compartments of the vessel.
News
6 months ago

Ipid arrested eight officers on Monday afternoon on charges that they murdered a man and tortured two others while in custody.
News
6 months ago

A 31-year-old suspect who robbed a police officer of his firearm is under guard in hospital after “shooting himself” with the weapon during an ...
News
6 months ago