MEC opens case of neglect against parents of KZN boy, 8, who suffered abuse 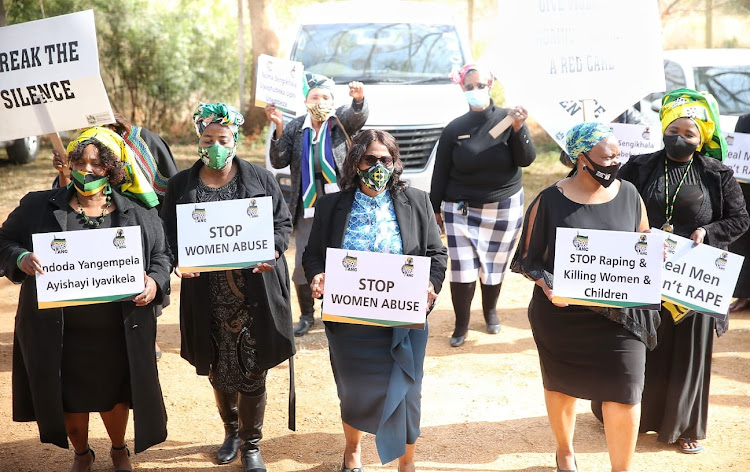 Social development MEC Nonhlanhla Khoza, centre, met members of the Mehlomnyama police station over their failure to assist a child who was allegedly being abused at home.
Image: Supplied

KwaZulu-Natal social development MEC Nonhlanhla Khoza on Tuesday opened a case against the parents of an eight-year-old boy from the south coast who allegedly suffered abuse at the hands of a 17-year-old relative.

This followed a public uproar when disturbing pictures of the child’s injuries emerged on social media at the weekend.

Khoza met with members of the Mehlomnyama police management on Tuesday after they allegedly failed to adequately address the situation when it was initially reported to them by a concerned whistleblower on Saturday.

On Monday social workers removed the victim from his home and arrested his 17-year-old relative, who was later released into the custody of his parents.

Khoza said it was alleged the child had become a victim of constant assault in the household and the police had allegedly “refused” to address the situation when it was initially reported.

“It is alleged police initially refused to rescue the child until a social worker arrived with the police special unit. The alleged perpetrator was taken [in] for questioning,” she said.

A 16-year-old boy from Mehlomnyama, on the KZN south coast, has been arrested after he allegedly abused his stepsister with a towel, causing severe ...
News
7 months ago

“We are formally opening a case and police have to account [for] why they failed to rescue a child in distress and arrest the alleged perpetrator. We want the court to set an example with people who continue abusing children and those who are vulnerable.”

Speaking to the media outside the police station, Khoza said although the police have done their job to arrest the perpetrator, she is concerned about the decision to release him.

Khoza said the police arrested the accused but later released him without the consent of a parole officer. It is alleged that when the matter was reported to the police, they urged the family to settle it as a family.

“It is unacceptable that a child can suffer such injuries in the presence of an old person at home. For sure, the stepmother noticed that the child was suffering trauma as a result of constant assault,” she said.

She raised concerns about the circumstances that could have led a 17-year-old to become so violent.

Social workers traced the biological mother of the boy to Ntumeni, eShowe.

Khoza met the child in a place of safety where he is currently accommodated.

"The justice system is extremely flawed when it comes to the protection of victims of rape and abuse, especially if the accused is in a position of ...
TshisaLIVE
7 months ago

On Monday police spokesperson Capt Nqobile Gwala said a case of abuse was reported to the police on Saturday.

“On February 27, the Mehlomnyama police received information regarding an eight-year-old child who was being abused. The police proceeded to Emabheleni area, where they met a woman who said she was the mother of the child. She informed the police the child was assaulted with a towel by another child. She promised to resolve the matter.”

Gwala confirmed the woman was the child’s stepmother.

The police took action on Sunday, when photos of the victim were circulated on social media.

“The police immediately responded and the child was removed to a place of safety with the assistance of a social worker. A case was then opened.”

A 17-year-old boy, who is known to the family, will appear in the Port Shepstone magistrate's court on Thursday.

In an earlier version, TimesLIVE identified the victim as a girl based on information provided by the department. This has now been corrected.

Parents get two life terms each for raping, sexually grooming their minor children

End this heartbreaking cycle of violence against children

Abused kids can become abusers, and the rate of child murders in SA is double the global average
Opinion & Analysis
10 months ago

Report abusers to stop the pain: 212 children treated at just one hospital

A drugged five-year-old girl with traumatic injuries is among 66 confirmed and 146 suspected cases of “non-accidental injuries” admitted to Red Cross ...
News
11 months ago