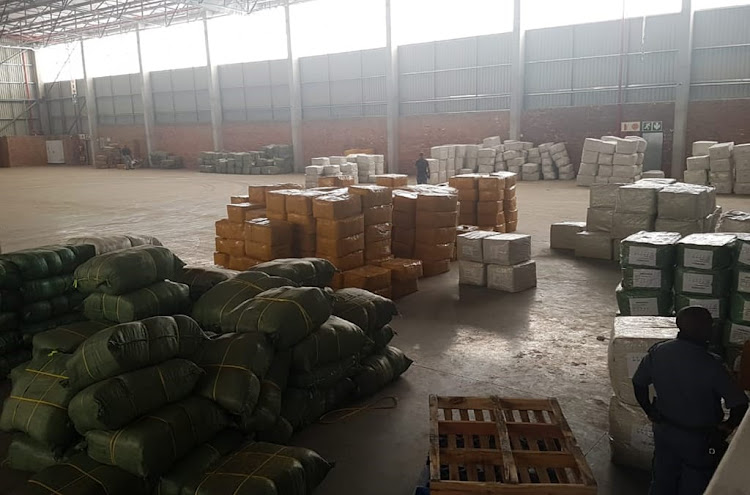 Interpol said about 400 ampoules — equivalent to about 2,400 doses — containing the fake vaccine were found at a warehouse in Germiston, Gauteng. Officers also recovered a large quantity of fake 3M masks.

Three Chinese nationals and a Zambian national were arrested.

In a statement on Wednesday night, the police provided more details of the raid on the warehouse and on the arrests, which took place in mid-November.

“The members [officers] first conducted observations at the suspected premises. The following day, on November 19, a multidisciplinary team ... conducted a tactical disruptive operation at the storage facility in Growthpoint Industrial Park, Bell Street, in Meadowdale, Germiston.

“During the search of the premises a large quantity of counterfeit 3M-branded N95 masks valued at R6m were found in one of the rented warehouses. A further search lead to the discovery of 400 ampoules of illicit, unregistered Covid-19 vaccine. Another warehouse was identified and searched, where counterfeit clothing and shoes worth about R25m was found,” said Muridili.

She confirmed that Charles Chigwedere, 45, Liang Pengcheng, 31, Zhang Jian, 30, and Chen Jianfu, 41, had appeared in the Germiston magistrate's court, most recently on February 19. The case was postponed to May 28 for further investigation.

Meanwhile, Interpol said that in China police had identified a network selling counterfeit Covid-19 vaccines and raided the manufacturing premises, resulting in the arrest of 80 suspects and the seizing of more than 3,000 fake vaccines. The investigation was supported and facilitated by Interpol’s illicit goods and global health programme.

The arrests came just weeks after Interpol issued an Orange Notice warning law- enforcement to prepare for organised crime networks targeting Covid-19 vaccines, both physically and online. The alert included details and images of genuine vaccines and authorised shipping methods provided by pharmaceutical companies to assist in the identification of fake vials.

“While we welcome this result, this is only the tip of the iceberg when it comes to Covid-19 vaccine related crime,” said Interpol secretary-general Jürgen Stock.

Stock said that after Interpol's warning that criminals would target the distribution of Covid-19 vaccines, Interpol provided its support to national authorities working to protect the health and safety of their citizens.

Dubious intermediaries have offered governments across the EU about 1 billion non-existent Covid-19 vaccine doses worth about €14bn.
News
2 months ago

South Korean authorities said on Wednesday they are investigating the deaths of two people after a media report said the pair — both with ...
News
2 months ago
Next Article