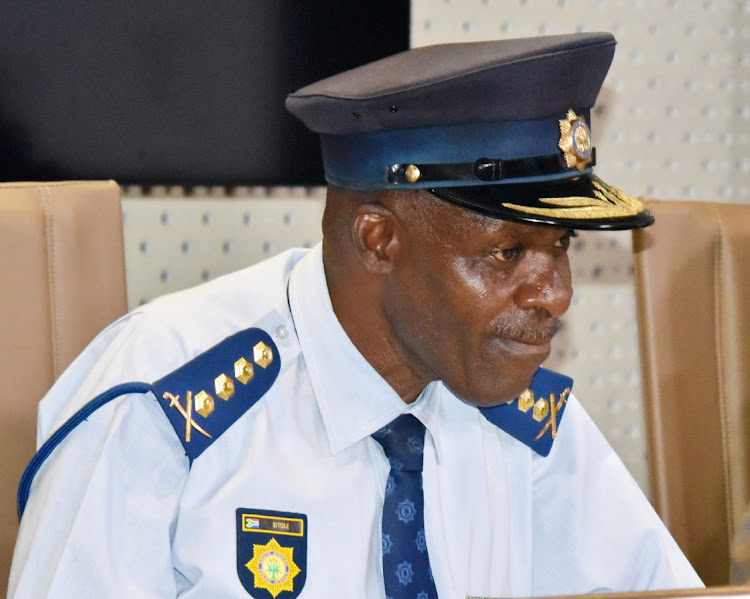 National police commissioner Gen Khehla Sitole has admitted corruption in the country’s police force gives him sleepless nights as it “tarnishes the image of the organisation”.

Speaking during an interview with Yusuf Abramjee on eNCA’s Crime Watch on Tuesday night, Sitole said corrupt officers were among his biggest headaches.

“You can’t fight crime with a dirty organisation,” he said.

Sitole said a response was in place and a clean-up operation had been launched.

“While it gives me sleepless nights, it’s just looking at new innovative solutions to eradicate corruption.

“As long as corruption continues, there will be more heads to roll. But I am convinced that even the most dirty house, if you keep cleaning it up, it ends up being clean one day. We are not cleaning the police service for ourselves. We’re cleaning it for a new generation that will come and lead. We’re also doing it for their community so they regain confidence,” he said.

Sitole was also asked whether he felt he was winning the war against crime, particularly in light of recently released crime statistics which showed an increase in many areas.

Crime stats: murder and rape increased in past three months

In the three months from October to December last year, the country saw a 6.6 % increase in the murder rate.
News
1 year ago

“Yes, from a stabilisation point of view,” the commissioner said.

“The national crime combatting strategy we adopted has provision for stabilisation and normalisation. In all the areas, or hotspots, identified for stabilisation, I think we managed to stabilise crime.

“We now need to go further and extend normalisation,” he said.

Sitole said because reporting crime statistics had changed from an annual to a quarterly basis, this meant there was a “short-term period” for measuring the stats.

“That period is sometimes a bit too short to measure the impact of interventions. But the previous crime stats before the release of this quarter, they were down. Now they are up. You have a fluctuation in between the year.

“In terms of interventions, we have introduced enough new an innovative interventions  which I think are helping us over a medium to a longer term to stabilise and normalise crime [levels].”

SA Police Union (Sapu) chair Mpho Kwinika has been given the boot from the police service.
News
1 year ago

The 45th person to be implicated in the R85m tender fraud scandal around the marking and demarking of SA Police Service vehicles was arrested and ...
News
1 year ago