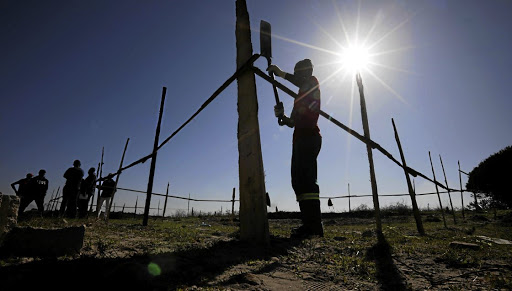 The Western Cape government says it has spent R355m on preventing illegal land invasions and occupations of completed housing units in the current financial year.

The provincial human settlements department said there were 1,014 attempted land invasions across the province, most of them in Cape Town, between July 2020 and the end of February 2021.

The province saw an increase in land invasions during the Covid-19 pandemic and subsequent lockdown, partly driven by township landowners kicking out “back yarders” who were unable to pay rent due to a loss of income.

Sunday Times reported that some land invasions resulted in the formation of new neighbourhoods in the Driftsands Nature Reserve in Mfuleni and named Covid-19 and Sanitiser by their new residents.

The province said 2,150 new free housing units, excluding expenditure on bulk services, could have been built with the money spent on preventing illegal land invasions.

“It is deeply concerning that those encouraging these illegal land invasions are blatantly disregarding the impact this has on the most vulnerable, who they claim to represent,” said human settlements department spokesperson Marcellino Martin.

Made homeless by lockdown, hundreds have settled on a Cape nature reserve and are refusing to budge
News
1 year ago

“Knowing it takes in excess of 1,500 days for a new human settlements project to be completed to the point of handover to beneficiaries, we have put a plan in place to avoid all unnecessary delays on our side.”

He said projects were being delayed due to land invasions with delivery of housing opportunities sometimes delayed for months and even years.

The province had developed a standard operating procedure to ensure no land earmarked for human settlement development was lost.

“This standard operating procedure, which is still to be finalised with the municipalities, seeks to ensure there is a co-ordinated approach between the provincial department and municipalities to rapidly respond to illegal land invasion attempts to either prevent the invasion or lawfully remove the illegal occupiers,” said Martin.

The public housing backlog in the province stands at almost 600,000.

Martin said people “with a genuine housing need” should make sure they were registered on the housing database and engage with ward councillors and project steering committees and “not allow devious community leaders to mislead them”.

The bill allows for hearsay evidence from families who have to rely on oral history and the existence of elders with knowledge of the description, ...
Politics
10 months ago