Police foil hijacking of truck carrying R60m worth of cellphones

A security guard and a suspect shot dead during shoot-out 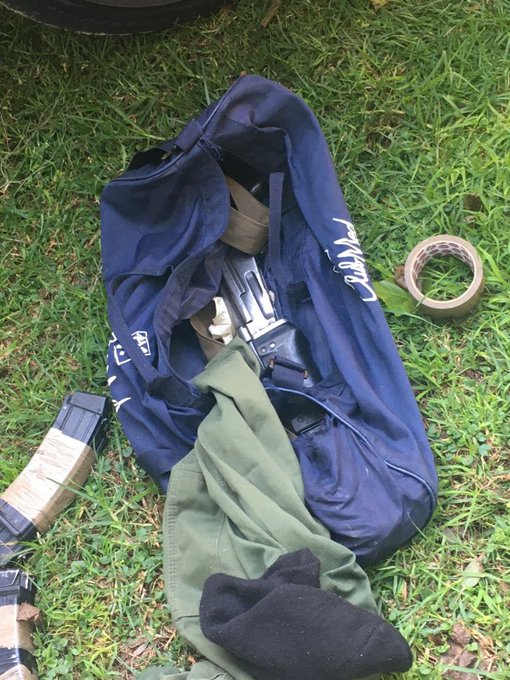 Some of the firearms recovered during the arrest.
Image: Twitter: @YusufAbramjee

A security guard and an alleged hijacker were shot dead when police confronted a gang that had targeted a truck carrying cellphones with an estimated value of R60m.

The incident, which took place in Kelvin, Johannesburg, resulted in 19 people being arrested and 10 illegal firearms, four stolen or hijacked cars and a jamming device being recovered.

According to Gauteng police spokesperson Brig Mathapelo Peters, members of the highway patrol unit — together with Johannesburg North crime intelligence, the SAPS air wing, and Johannesburg metro police — acted on information that a gang was planning to hijack a truck.

Peters said information led the team to a house on Old Pretoria Road in Kelvin.

“It is reported that members of the [highway patrol unit] were approaching when suspects started firing shots at them. The team retaliated and returned fire,” Peters said.

She said 14 suspects, including two women, were arrested on the spot, while an unconfirmed number of suspects escaped by jumping the walls.

“Other [officers] who were strategically positioned outside the house gave chase, and five more suspects were cornered and arrested at five different scenes close to the initial crime scene,” she said.

'The fact that they had traditional muthi with them made them believe that they were invincible.'
News
11 months ago

A security guard, as well as one suspect, were fatally shot. No police officers were injured.

According to Peters, it was discovered during the on-site investigation that one suspect had snatched a seven-month-old baby to possibly use as a shield during the shoot-out. The child has since been found.

Peters said a Hawks investigation was under way as police had reason to believe that the suspects could be behind a spate of business robberies, courier van robberies and cargo truck hijackings.

Peters said the firearms will be subjected to ballistic testing for possible linkage to other serious and violent crimes.

“It is heartwarming to observe how since the relaunching and receiving of a fleet of high-powered vehicles from Gauteng provincial government, the HP Unit has hit the ground running, delivering significant successes daily, including the recovery of illegal firearms and patrolling of the freeways across the province,” Mawela said.

The Gauteng highway patrol unit was relaunched recently and Peters said it continued to make inroads in efforts by the SAPS in the province to reduce aggravated robberies, particularly trio crimes that include house and business robberies, car and truck hijackings.

“This is alarming. It’s a totally new tactic, and is driven by the improved security to cash vans,” criminologist Dr Hennie Lochner told TimesLIVE.
News
11 months ago

Cash van blown up and robbed in Mpumalanga

A cash van was blown up and robbed in the Vaalbank area in Mpumalanga on Monday morning.
News
11 months ago