ONE YEAR OF COVID-19 | Divorces on the rise during pandemic, say lawyers

In a year of Covid-19 in SA, close proximity, financial pressures and even home schooling have hit couples hard and left relationships 'ruptured' 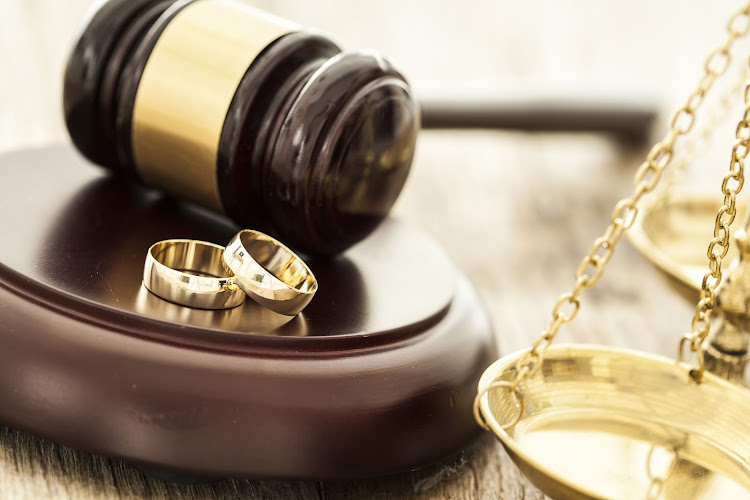 Family lawyers say they have seen an increase in the number of divorce cases since the outbreak of coronavirus. Stock photo.
Image: 123RF/Sebnem Ragiboglu

Psychological, social and financial problems due to Covid-19 have left many South African marriages in tatters - with the number of divorce cases rising in the past year.

“There has definitely been a huge surge in new divorce instructions,” said family lawyer Bertus Preller. “Usually we find that February and March are the so-called 'divorce season'. However, the months of June to November have been extremely busy - more than the yearly divorce season.”

Preller attributes the high divorce rate to a number of factors.

“Tension bred by forced proximity is a massive reason, since marriages which were already in trouble before the lockdown had been exposed to a situation where spouses were 24/7 in each other’s presence, with no freedom,” he said.

Covid-19, Preller said, brought with it a range of psychological effects, including anxiety, depression and fear.

“Given the effects, we have seen more abuse in relationships. Financial stress, combined with confinement, is also pushing some marriages to a legal and physical breaking point,” Preller said.

Covid puts relationships in a pressure cooker. Here's how to relieve the stress

We create our conflicts — and we can resolve them too, writes couples counsellor Michael Kallenbach
Lifestyle
11 months ago

Salome Koekemoer, another family lawyer, said she had also noticed an increase in divorce cases.

“It does seem as if the extra time together during lockdown caused existing problems or issues to escalate during this time. Parties are not willing to admit to any fault on their side, and consequently not eager to try to save the marriage,” said Koekemoer.

Online schooling had also affected some couples, she said.

“The stress of couples having to work and assist their children with having to attend online schooling is taking its toll, especially with one parent having to make more sacrifices than the other.

“People losing their jobs also increased the stress at home. And when times get tough, couples do not take the time to communicate with each other and discuss their issues. They rather confide in other people and this leads to extramarital affairs or abuse of alcohol,” Koekemoer said.

She said, generally, only one partner wanted the divorce.

“It is very seldom that I get to deal with divorce matters where both parties want to get divorced and co-operate in settlement negotiations to amicably settle their divorce matter,” she said.

Specialist divorce and criminal lawyer, Prof Billy Gundelfinger, said that as the pandemic surged so did the divorce rate.

"Couples are now forced to spend more time together, as working from home has become a norm," Gundelfinger said.

He said that during the pandemic, couples were compelled to confront the "true essence" of their relationship, and had time for introspection and reflection.

"Because of the stress of Covid-19, substance ... and domestic violence have increased," Gundelfinger said. "Covid-19 has ruptured relationships, causing the divorce rate to spiral."

Psychologist Willem Slabbert said one of the reasons couples divorced during the Covid-19 pandemic and under lockdown was that there were already problems in the marriage before lockdown hit.

“Level 5 and 4 forced people to be together. That caused serious strain on the marriage,” Slabbert said.

He shared the same sentiments as the lawyers on the loss of income being a contributing factor in some cases, adding: “They developed panic, anxiety and that caused major relationship problems.”

A Chinese court has ordered a man to compensate his ex-wife for five years of 'unpaid labour' during their marriage.
News
10 months ago

Monique Verduyn and Sibusiso Mkwanazi consider the ways that the pandemic has changed the dating scene, and what it could mean for future romance
Lifestyle
11 months ago

A Zambian woman has been granted a divorce from her husband of seven years after complaining about his "bizarre sexual appetite".
News
1 year ago