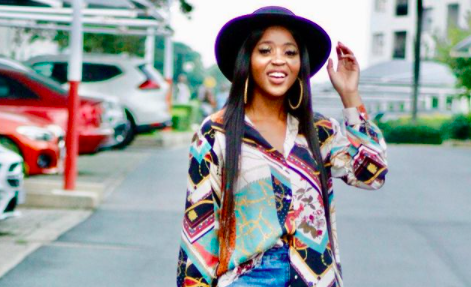 The case against the 17-year-old who was arrested in connection with the alleged murder of Mapula “Meiki” Khune has been struck from the roll, the North West prosecuting authority said on Monday.

Mapula is the sister of Kaizer Chiefs and Bafana Bafana goalkeeper Itumeleng Khune.

NPA North West spokesperson Henry Mamothame said the matter would not be enrolled, due to insufficient evidence.

“Following a thorough study of the docket and consultation with the police, the NPA resolved that the docket be returned to the police for further investigations and the accused to be released,” Mamothame said.

The teenager was arrested in Ventersdorp on Friday afternoon.

A 17-year-old boy has been arrested for the murder of Kaizer Chiefs and Bafana Bafana goalkeeper Itumeleng Khune’s sister, North West police ...
News
10 months ago

This after the severely burnt body of 27-year-old Mapula was found on top of her bed at the family home on Thursday.

Provincial police spokesperson Col Adéle Myburgh said at the time that neighbours alerted emergency services at about 5am after seeing smoke coming from the house in extension 2 in Tshing.

“Only the backroom was damaged during the fire. Police initially investigated an inquest, but after obtaining more information, the inquest was changed to murder,” Myburgh said.

Since Friday, additional cases of assault with the intent to do grievous bodily harm (GBH) have been reported as community street patrollers and family members have allegedly been assaulting alleged perpetrators for the murder of Khune, Myburgh said.

RIP Mapula Khune: Here's what you need to know about the death of Itumeleng Khune's sister

Mapula Khune, 27, died in a house fire last week. Her body was discovered in a house in Tshing, outside Ventersdorp, in North West province.
News
10 months ago

Kaizer Chiefs coach Gavin Hunt has confirmed Itumeleng Khune has been given time off and will not be considered for Kaizer Chiefs’ Caf Champions ...
Sport
10 months ago

Itumeleng Khune has been granted special leave to attend to his family, Kaizer Chiefs says.
News
10 months ago