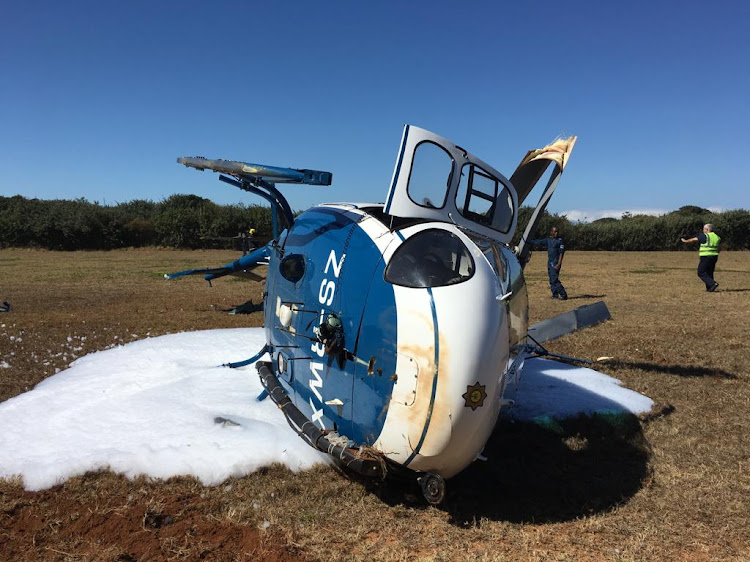 The police have no air support in the Eastern Cape, where all four helicopters allocated to fighting crime in the province are out of service.

One has been out of operation for more than two-and-a-half years and another for one year and nine months, DA MP Bobby Stevenson said on Monday.

He was reacting to an update provided by community safety MEC Weziwe Tikana-Gxothiwe in response to a parliamentary question posed by the opposition party.

Stevenson raised concern about the effect on crime fighting in the province.

“Criminals need to live in fear of the sound of helicopters overhead and searchlights at night. This is what is required to hunt them down if we are going to have an effective criminal justice system,” he said.

“Gang violence, stock theft and murder need to be curtailed in the Eastern Cape and eyes in the sky play a key role in doing that. However, that is currently not the case.”

The police and metro police have responded to a fiery protest which broke out in central Durban on Monday.
News
1 year ago

Tikana-Gxothiwe said one helicopter, a Squirrel, had been booked for its 12-year midlife inspection and service in September 2018 and was expected to return to service before the end of March.

A second Squirrel was involved in a forced landing and its engine was severely damaged in November 2020.

Tikana-Gxothiwe said there should be seven pilots to fly police helicopters in the province but there were five pilots available.

Stevenson said he would follow up with Tikana-Gxothiwe to request that the service contracts for the helicopters be reviewed so they could be repaired timeously.

“These helicopters need to be rapidly brought back into operations with full speed.”

A KwaZulu-Natal woman has been charged with grievous bodily harm after she allegedly beat her teenage daughter with a sjambok for defying an ...
News
1 year ago

The Alice magistrate's court, in the Eastern Cape, has been gutted by fire.
News
1 year ago