One man’s journey from cleaner to academic 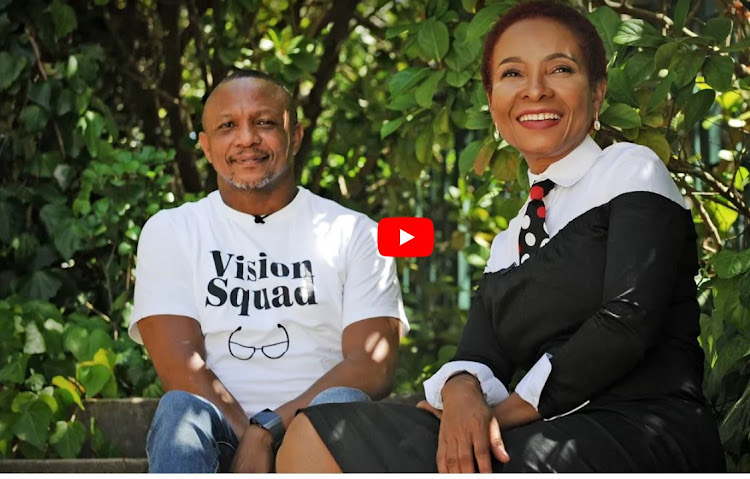 He started as a cleaner at a university and ended up becoming an academic at the institution.

This is the story of Ntsikelelo Pefile, a senior lecturer in physiotherapy at the University of Cape Town (UCT).

His journey at the university started years ago when he used to accompany his aunt, a domestic worker at the residence of university chancellor Dr Stuart Saunders. It is the chancellor and his aunt who Pefile credits for opening doors.

“Every year, Dr Saunders used to buy us Christmas presents. The biggest present he gave me was mathematics and physics lessons while I was in high school. He organised a tutor for me. Every time I went to the house the tutor would come and I would have my lesson. I did very well, and I decided I would move to Rhodes High,” he recently told current vice-chancellor Prof Mamokgethi Phakeng.

Saunders, 89, passed away on February 12 this year.

Paying tribute, former vice-chancellor Dr Mamphela Ramphele remembered him as a courageous leader who opened doors for others. The university said Saunders served UCT for 15 years.

Former public protector Thuli Madonsela has defended her decision to help raise funds for students struggling to pay their way through university, ...
News
1 year ago

Pefile said when he struggled to gain admission to Rhodes High because he lived outside the school’s catchment area, Saunders came through again and allowed him to use his address.

When he recently received an e-mail invite for lunch with Phakeng at Glenara, the same place where his aunt was employed as a domestic worker, he initially did not believe it was authentic.

Glenara evoked memories of the time I spent there with my aunt.

“I called to check with them if the e-mail was legit. What was interesting to see was that the venue was Glenara and that evoked memories of the time I spent there with my aunt,” he said.

His first job at UCT was as a kitchen cleaner. After that, his aunt moved to UCT’s medical school.

“She had made contact with the students and that’s where I was introduced to physiotherapy.”

Pefile applied to study physiotherapy at the University of the Western Cape (UWC) and was accepted, but in his second year he faced another stumbling block because he didn’t have funds to register.

“My aunt made a way again. She marched into Dr Ramphele’s office and asked for a loan. She took my academic transcripts. Luckily in the first year I had straight As in the second semester. Dr Ramphele gave my aunt the loan. UCT gave me a loan to study at UWC. That’s my relationship with UCT and now I’m back as a lecturer.”

Pefile said he realised he was privileged because if it was not for his aunt and Saunders creating opportunities, he wouldn’t be where he is today.

“You’ve done physiotherapy at UWC and have come full circle back to UCT - not as a cleaner but as an academic,” Phakeng said.

Pefile said he will submit his PhD in two weeks’ time.

“I’m proud of my journey and grateful for the privilege ... Many people will hear the story and say I am where I am because somebody opened the doors for me.”

Fifty years on, pioneer Josie Swiegers tells how the defence force was the foundation of her many successful careers
News
1 year ago

Sit down every day, study and know your dream, top pupil tells matrics

Thabo Mthombeni, who was part of Stellenbosch University’s SciMathUS in 2020, has this advice for youngsters
News
1 year ago