‘Stay out of the water’: More than 100 crocodiles on the loose in Mpumalanga 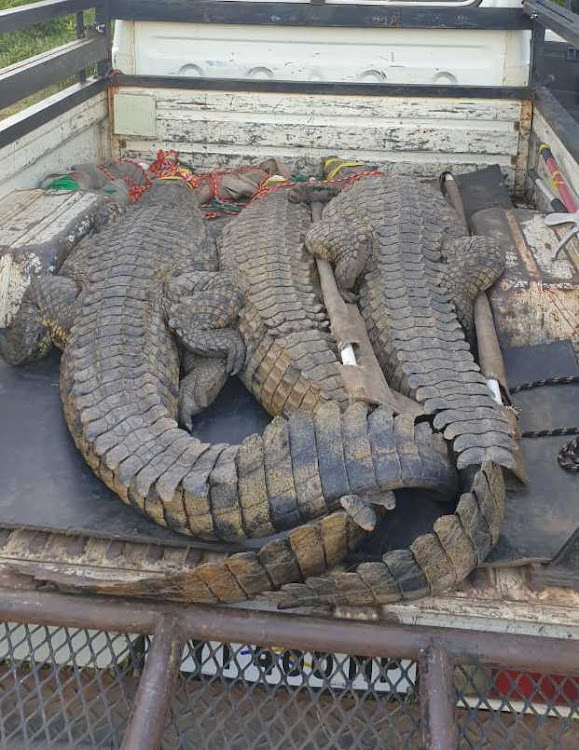 More than 100 crocodiles are still on the loose in the Sand River region in Mpumalanga after a mass escape from a breeding farm.

April Lukhele, compliance monitoring manager at the Mpumalanga Tourism and Parks Agency (MTPA), said 160 crocs escaped from Nola Farm, a breeding facility near Hazyview, but 52 had been recaptured. 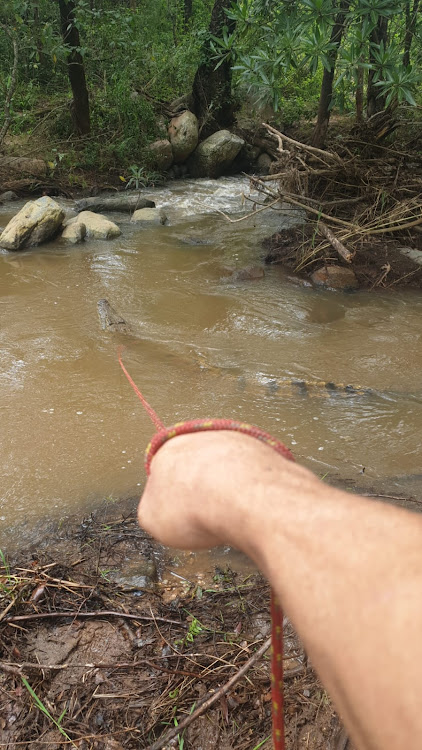 One of the crocodiles being captured.
Image: Supplied

“This happened around January 28 during heavy rains. Water flooded the property and that’s how the crocodiles escaped. The owners managed to capture 40 at that time and the MPTA was alerted by the community of sightings and caught 12.

“More than 100 are still missing. We suspect they might be in the Sand River and some may have reached the Sabie River or Hazyview,” Lukhele said.

He pleaded with communities staying close to rivers to stay away from the water until all the reptiles had been captured.

“We haven’t received complaints about attacks but we ask the public not to swim in the river or do rituals during this time until it is clear of the crocodiles.

“They can also be in dams in villages. Crocodiles can walk and settle themselves in dams. Our game management team is ready to capture more. So far we haven’t caught more in the cages we have placed,” Lukhele said.

Seven of the young crocodiles that escaped from a breeding farm into the Breede River in the Western Cape have been euthanised, CapeNature said on ...
News
1 year ago

WATCH | The moment an impala escapes a crocodile, only to be ambushed by a leopard

In the video, an impala caught by a crocodile showed immense strength and determination to defeat it before being killed by a leopard seconds later.
Lifestyle
1 year ago