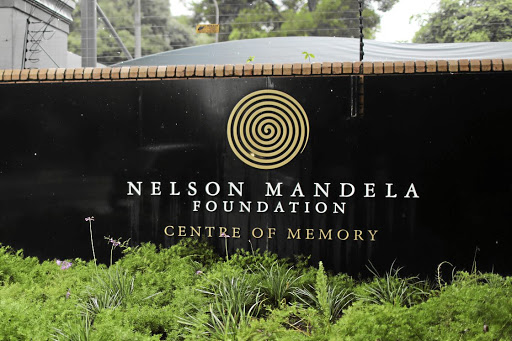 In independent investigation has cleared the CEO and COO of the Nelson Mandela Foundation of any wrongdoing but anonymous staff members have rejected the findings.
Image: Supplied

An independent investigation has cleared Nelson Mandela Foundation CEO Sello Hatang and COO Limpho Monyamane of any wrongdoing after complaints by whistle-blowers.

But a group of anonymous staff members has slated the findings.

In a statement, foundation chair Prof Njabulo Ndebele said the investigation found that there was no objective evidence to support the complaints, which related to the alleged flouting of procurement policies and processes, improper use of the organisation’s resources, bullying and intimidation, and abuse of donor relations.

He said the two executives, who took special leave while the investigation was under way, would return to work this week.

“Arising from the investigation, however, it is clear that a number of financial and human resource policies and procedures need to be revised, strengthened and restated to ensure consistency and compliance. The board is committed to ensuring this happens,” Ndebele said in a statement.

In response to the findings of the investigation, the whistle-blowers said they were shocked and dismayed that no evidence could be found on any of the allegations levelled against Hatang and Monyamane.

“We, therefore, reject this report, its findings and predetermined outcomes it produced. We warn of the grave impact it will have in the foundation of Mandela going forward,” the whistle-blowers said in an anonymous statement.

Ndebele said some of the issues raised in the complaint relate to interpersonal dynamics and human resource management, and the board “is confident that these can be addressed internally”.

Other complaints related to the improper use of resources such as vehicles, credit cards and Uber taxi services. The investigators found there was no objective evidence to support this complaint. However, they flagged the importance of ensuring that the policies on the use of resources are understood by all staff members and adhered to, and the board said it fully supports this.

A similar situation applied to the procurement of goods and services.

The investigation found no evidence of interference or flouting of procedures, though there were shortcomings in the drafting of some of the contracts signed.

“As a result, the investigation team recommended that the role of the foundation’s procurement officer be reinforced, and procurement policies updated. The board fully supports this, too.

“The board will remain focused on addressing these issues over the coming months, to ensure that there is transparency and consistency, as well as ensuring full confidence in the way the foundation receives and deploys funds to support Madiba’s legacy,” Ndebele said.

The board said it wanted to reassure donors who contribute to the foundation’s activities that there are control mechanisms in place to ensure accountability and good governance and that funds are being used to maximum effect in support of its work in social justice, poverty alleviation, dialogue and advocacy.

Nelson Mandela must be turning in his grave at foundation infighting

The year 2018 marked an important landmark for SA as we celebrated the 100th birthday of one of our finest sons, Nobel peace laureate, president ...
Opinion & Analysis
9 months ago

And to top it all, a source says the NMF is using the same law firm to investigate the very people who give it work
News
10 months ago

Former president Kgalema Motlanthe, a trustee of the Nelson Mandela Foundation, has taken over its running from CEO Sello Hatang and COO Limpho ...
Politics
10 months ago