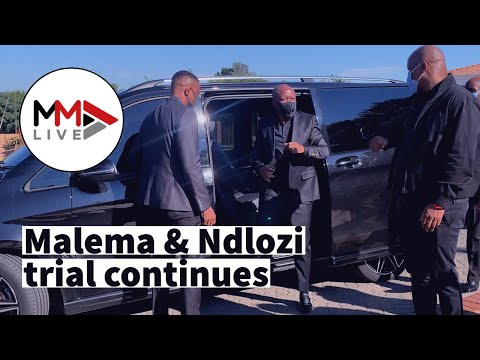 EFF leader Julius Malema and MP Mbuyiseni Ndlozi appeared in the Randburg magistrate's court on March 9 2020 to continue their trial for allegedly assaulting police officer Lt-Col Johannes Jacobus Venter at the 2018 funeral of Winnie Madikizela-Mandela. Venter was allegedly pushed by the two after he denied them entry to the cemetery where Madikizela-Mandela was to be buried.

At their last court appearance in October, Malema denied that he and Ndlozi had assaulted the officer. In 2020, defence lawyers grilled Venter about his conduct at the funeral and apparent inconsistencies in his testimony and statement.

The first day of the 2021 trial saw two witnesses take the stand to testify and clarify questions around the “assault” footage as well as entering the burial site on the day.

Deon Klingbiel, former operational manager at the Fourways Memorial Cemetery, told the court that he didn't see the altercation even though cameras are installed on-site.

Klingbiel denied any knowledge of the leaks of the shortened footage.