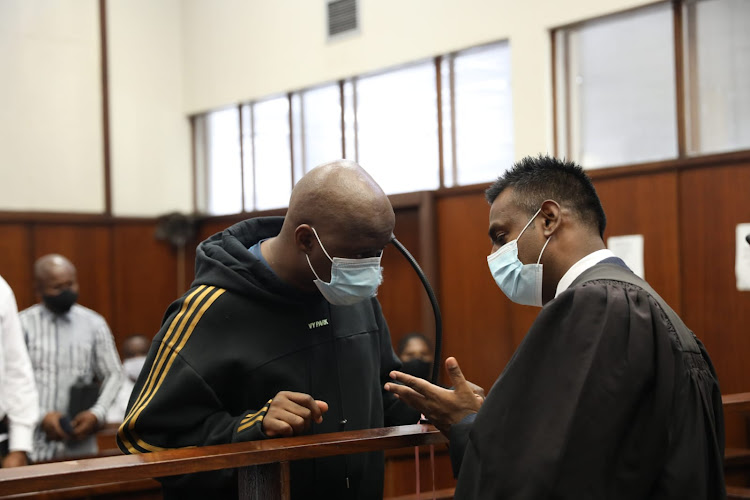 A powerful Durban taxi boss has found himself on the wrong side of the law after being caught withdrawing money using stolen Sassa cards.

Sthembiso Gcaba, 47, was arrested on Saturday in an intelligence-driven operation conducted by the Durban Central District Task Team.

He is facing charges of fraud, theft and being in possession of stolen property.

The 47-year-old chairperson of the North Beach taxi association appeared in the Durban magistrate's court on Thursday, after his initial appearance on Monday, where he was granted bail of R5,000.

“The suspect was driving an exclusive Mercedes-Benz, which he recently bought.”

Sassa officials and 17 others in court for grant fraud

The Hawks have dismantled one of the biggest disability grant fraud and corruption syndicates to hit Sassa after the arrest of officials and ...
News
1 year ago

Gwala said he was found in possession of 70 Sassa cards and R7,640 in cash.

The police then went to his posh Umhlanga estate, where they confiscated items for investigation.

“The suspect was placed under arrest for fraud as well as possession of stolen property.”

Gcaba recently purchased a Mercedes-Benz AMG GT 63 S valued at R3.4m. It had yet to be registered with licence plates when the police seized it. 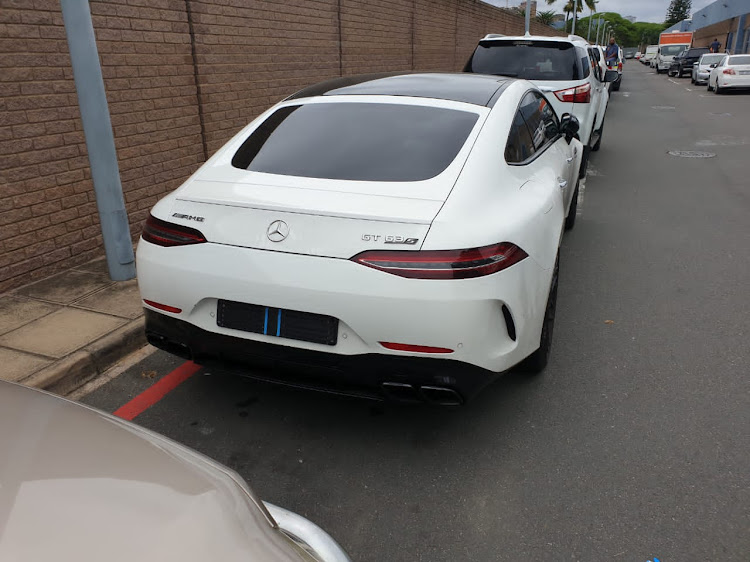 The police seized this luxury vehicle from the home of Sthembiso Gcaba, who was arrested after withdrawing money using stolen Sassa cards.
Image: KZN SAPS

According to the charge sheet, Gcaba made 133 withdrawals on Saturday, withdrawing R1,800 each time, amounting to R239,400.

State prosecutor Zakhela Nzuza said Gcaba had been spotted withdrawing cash from an ATM on Kingsley Road on Saturday.

“According to the investigating officer, the accused looked suspicious as he had a black bag and would take out a card, withdraw cash and then take out another card to withdraw more.”

Chris Gounden, representing Gcaba, said his client had no previous convictions or pending cases. Gounden informed magistrate Vanitha Armu that Gcaba was a taxi owner but could only afford R5,000 bail as the taxi industry had been negatively impacted by the Covid-19 pandemic.

Sources close to the investigation told TimesLIVE that the Sassa cards, loaded with wads of cash, allegedly formed part of a batch that were swapped out of a police station exhibit room and replaced with blank Sassa cards.

It is understood that Gcaba has more than 30 taxis in his fleet. In October he purchased two new Quantum minibus taxis for his firstborn son.

How awesome is it to own a family business and involve your kids in what you do! Sthe Gcaba just presenting his 1st born with 2 quantum taxis. #GenerationalWealth#2020Asiphelimoya #legacysa@SayEntrepreneur pic.twitter.com/FAjpTwQCIi

On October 6 an Inanda detective was arrested by members of Phoenix police after she was found in possession of 48 Sassa cards.

Sgt Hloniphile Blose, who is out on R10,000 bail, appeared in the Durban commercial crimes court on February 25, where her case was adjourned to April 22.

It is understood that Blose could have made close to R3m in withdrawals from the 48 cards she had in her possession, which were due to expire between April 2023 and July 2027.

Sassa provincial spokesperson Sandy Golwana said their fraud unit was following leads into whether the cases may be linked.

Commenting on Thursday's proceedings, Golwana said: “We know the police will continue with their investigations into this matter. We are happy with the process thus far. We welcome the arrest. What is key is that he is not a flight risk and they have bail conditions.”

Two men are expected to appear in court on Monday after they were found in possession of 495 Sassa payment cards in Pietermaritzburg.
News
1 year ago

In line with his bail conditions, Gcaba must report to the Durban North police station every Wednesday. He is also required to hand over his passport to the investigating officer.

He is expected back in court on April 22 for the finalisation of a decision for the matter to be handed over to the specialised commercial crimes unit.

Meanwhile, Mandla Gcaba, who previously ran the Gcaba brothers' taxi empire with his siblings, and who has close family ties to former president Jacob Zuma, denied that Sthembiso was his brother.

Mandla had previously told TimesLIVE that he had since left his brothers to their own devices in the taxi industry, having walked away from the family empire.

He said he wasn't able to confirm or deny if the arrested taxi boss was known to his nephews and brothers.

The SA Social Security Agency warns of a new scam doing the rounds.
News
1 year ago

EDITORIAL | First it was ‘pay back the money’, now ‘there is no money’