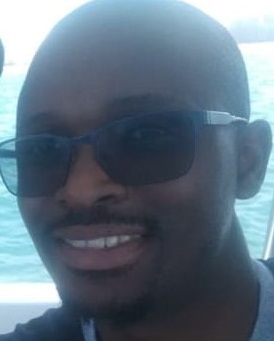 The directorate said the investigation team was working around the clock processing evidence gathered at the crime scene.

Ipid spokesperson Ndileka Cola said a post-mortem to determine the actual cause of death would be conducted.

“Family liaison has started and the investigation continues. It is alleged that the young man who is a civilian, who was not part of the protest, had just left the doctor's rooms when he was allegedly shot by the police officers,” she said.

Ntumba's wife said on Thursday that she was not in a position to comment. “For now we would like to give it some time,” she told TimesLIVE.

Students took to the streets under the banner #asinamali protesting against the financial exclusion of those with historical debt, and fighting for first-year students who do not know how their tuition will be financed.

Police fired rubber bullets at protesters, hitting Ntumba as he emerged from a building.

Ntumba could be seen in video footage gasping for air on the sidewalk, with bloodstains on his blue shirt and blood on his face.

Meanwhile, the NPA said six students will appear in court at Hillbrow on Thursday. Five of the students were released on a warning.

Higher education minister Blade Nzimande said on Monday NSFAS is facing a financial shortfall and is unable to confirm funding eligibility for ...
News
10 months ago

The man was allegedly hit by rubber bullets fired by the police.
News
10 months ago

Two young student journalists' first experience of reporting live from the scene turned traumatic as they were shot with rubber bullets.
News
10 months ago