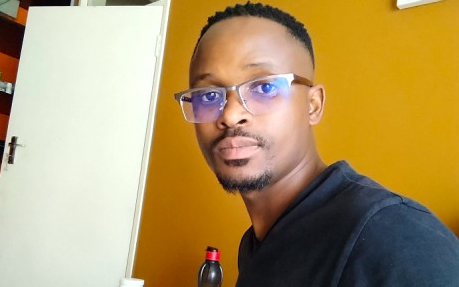 Mthokozisi Ntumba has become a household name in SA after being shot dead during a fees protest by students outside Wits University on Wednesday.

He was a bystander who was struck while leaving a nearby clinic in Braamfontein.

His death is being investigated by the Independent Police Investigative Directorate (Ipid).

Here is what you need to know about Ntumba.

A husband and father of four

According to police minister Bheki Cele, the 35-year-old was a husband and father of four.

Cele revealed this after visiting Ntumba’s family in Kempton Park on Thursday.

He said he was shaken by the devastating impact Ntumba’s death had on his family.

“He is a father. He has a young wife and his youngest child is less than a year old. It is a sad situation to look at. It is something that you can't really be able to live with as a human being,” said Cele.

Ntumba has been described as a dedicated man. He worked as a human settlements planner at the City of Tshwane.

“He was someone who thrived in being part of the team responsible for the upliftment of disadvantaged communities,” it said.

'I can’t explain it ... Somebody just went crazy': Bheki Cele on shooting of man during student protest.
News
1 year ago

According to a SABC News report, Ntumba's family found out about his death through mainstream media and social media.

His cousin, Sthembiso Jwara, said the family was still in shock.

“He left his house in the morning, going to the doctor. He has kids and was not part of any protest, it was not in any of his plans. And to find out in the news and getting the story afterward was very shocking and devastating for us as a family. There are some images that we were not ready to see,” said Jwara.

Ntumba's wife said she was not in a position to comment. “For now we would like to give it some time,” she told TimesLIVE.

A friend of Ntumba, only identified as Thabang, told 702 that he found out about his death through a 9am news bulletin.

“You mentioned his name and I called his brother and he confirmed it ... He had children and he was the breadwinner at his home. The family relied on him. We went to school together,” he said.

Cause of death to be confirmed

Sowetan reported that Ipid initiated a probe into Ntumba’s death and said it had not yet determined how he died.

Ipid spokesperson Ndileka Cola said the cause of his death would be revealed later in the week.

“During the preliminary investigation, the directorate has managed to collect numerous witness statements, to confiscate firearms and the same will be taken for ballistic analysis. Post mortem to determine the actual cause of death will be conducted later this week. Family liaison has started and the investigation continues,” said Cola.

The young man who is a civilian, who was not part of the protest had just left the doctor's rooms when he was allegedly shot by the police officers, ...
News
1 year ago

Thuli Madonsela has expressed dismay at the outcomes of the fees protest at the University of Witwatersrand.
News
1 year ago

'Why are we being nice to this government?' — SA demands justice for Mthokozisi Ntumba

Mthokozisi Ntumba died on Wednesday after he was hit by rubber bullets when police shot at protesting Wits students.
News
1 year ago