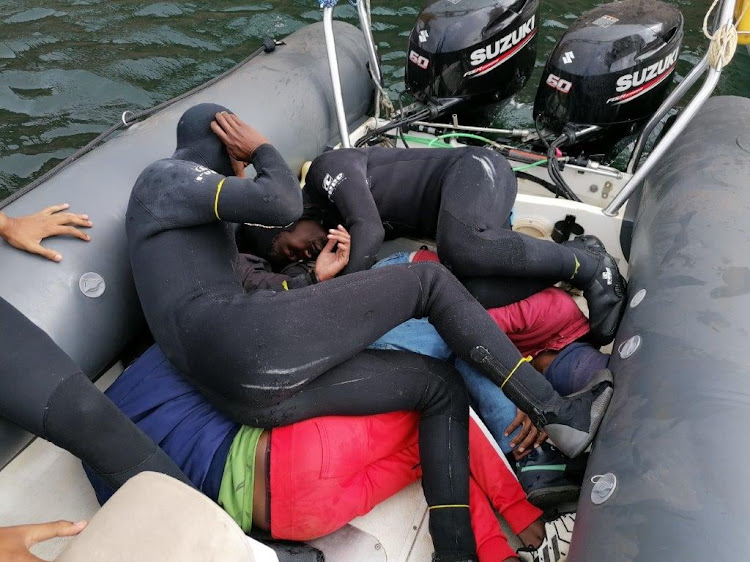 Some of the alleged abalone poachers who were arrested during a joint operation in February.
Image: Supplied

According to TMNP manager Frans van Rooyen, the poachers were bust on Thursday night. Van Rooyen said the teams have been conducting daily sea patrols in the marine protected areas of  the nature reserve “to fight against poaching that threatens the marine resources”.

Two other joint operations in January and February resulted in 23 arrests. One rubber duck was confiscated in January.

“We really appreciate the assistance and support we are getting from the City of Cape Town marine law enforcement unit and SAPS. Sharing of resources among law enforcement agencies is of paramount importance in tackling poaching, more especially in identified poaching hotspots areas. Working together we can achieve more,” said Van Rooyen.

Those who break the law on the notorious N7 that connects Cape Town with the Namibian border will now meet their match, as the Western Cape ...
News
1 year ago